The Trump Train on the Express Track 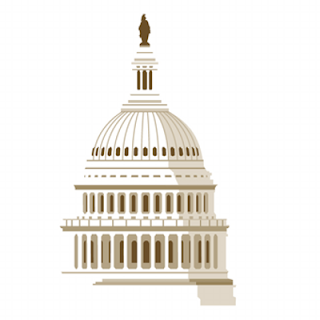 I am old enough to remember when there were so-called "Moderate Republicans," long an endangered species, now virtually extinct. As such "moderates" have become fewer, while their party has lurched father and farther to the right, what counts as "moderation" has been defined down. So Tennessee's Senator Bob Corker, despite being a fiscal conservative, is widely thought of as "moderate." What that really means is that Corker, who is the Chairman of the Senate Foreign Relations Committee (and was evidently considered for the post of Secretary of State in the Trump Administration), has been a reasonably thoughtful foreign policy expert, with a respectable degree of commitment to the second half of the 20th-century's bipartisan internationalist establishment's foreign policy consensus. That consensus, of course, is in the process of being shredded by the present administration, something Corker (among others) has been sounding national alarms bells about.

On the other hand, no one would imagine Arizona Senator Jeff Flake as a "moderate" or consider him anything but a mainstream Republican conservative. Like Corker, Flake , for example, faithfully voted to take away health insurance from millions of Americans. Culturally, however, he is more traditionally conservative than "populist." He represents an alternative stylistic stance from the Trump-Bannon "base" of the Republican Party, a stance reflected in his Senate-floor criticism of "reckless,outrageous, and undignified behavior." And what the Trump-Bannon "base" seems most energized about is this cultural conflict, a "culture war," which has largely displaced the older version of the "culture war," which was not so long ago still more focused on religious and moral conflicts.

In point of fact, what Corker and Flake have most in common is that both were increasingly unlikely (Flake especially so, by his own admission) to survive a Republican party challenge from the "Populist" Trump-Bannon "base," and so have chosen to take themselves out of the running altogether. Corker's criticisms of Trump and Flake's Senate-floor speech may at some level offer some sort of comfort to Republican "establishment" types who may agree with them. But what Corker's - and now Flake's - departure from the Senate most immediately represent is yet another important victory for the "Populist" Trump-Bannon "base." Whatever is left of the Republican "establishment," it is even less than it was before today. As the first anniversary approaches of Donald Trump's surprising electoral victory, the Republican party has become his Populist party.
Posted by City Father