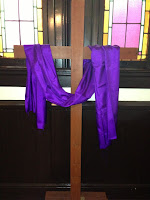 These last Sundays before Lent, the gospel readings have been taken from Jesus’ “Sermon on the Mount,” which is all about the “kingdom of God” and what it takes to become a committed citizen of that kingdom.  The passage [Matthew 3:38-48] we just heard today has enjoyed more than the usual amount of attention this year because it was referenced by the keynote speaker at the National Prayer Breakfast earlier this month – and because the President of the United States, departing from the event’s traditional tone, took a notably different approach in his response. Not long ago, dramatically disagreeing Jesus was not considered good politics, but times have obviously changed!

The keynote speaker was responding to what he called “the biggest crisis” we face today, what he called “the crisis of contempt … that is tearing our society apart.” His response was to invoke Jesus’ words which we just heard: I say to you, love your enemies and pray for those who persecute you, that you may be children of your heavenly Father, for he makes his sun rise on the bad and the good and causes rain to fall on the just and the unjust.

He then went on to tell a story about how he was invited to speak to a particular partisan group and tried to offer his hearers an alternative approach about how to relate to those they disagree with. As he put it, “if you want to persuade them – which should be your goal – remember that no one has ever been insulted into agreement. You can only persuade with love.” It was, he noted, “not an applause line.”

It may not have been an applause line for Jesus either!

And, of course, if we are to be totally honest, we all have trouble at times with Jesus’ demands – not just loving our enemies but so many other or Jesus’ “hard sayings, as commentators commonly call them. That is one reason we preachers are sometimes accused of preferring to preach platitudes, rather than those “hard sayings.”

Jesus’ message on that mountaintop in Galilee was meant to challenge (and continues to challenge) not just you and me and anyone else who claims to be Jesus’ disciple, but a whole way of life - that of his 1st-century contemporaries then, and our own way of life today, our entire way of life today. You may have heard something different, Jesus says, but I say to you! At the same time, Jesus also assures us that his message is not an idiosyncratic invention, but based on who God is and how he acts toward us – a God who blesses both good and bad, just and unjust, with his refreshing rain.

Ours is a society increasingly organized around, that is, divided by, mutual contempt. Jesus’ Sermon on the Mount is a challenge to our common human tendency to focus on ourselves and our feelings – particularly strong feelings, like resentment and anger. But, in that new kingdom, to which Jesus is inviting us, anger and hatred, resentment and contempt have no proper place. Jesus challenges us to confront the powerful subtlety of sin within ourselves and our seemingly infinite capacity to focus on ourselves and thus close ourselves off from others, whoever they might be – from our neighbor next door, to refugees and immigrants from far away.

Jesus in today’s Gospel is telling all of us that, if we want to respond effectively to his challenge to full Christian commitment, then we have to look at ourselves – at all our feelings and emotions and experiences – in the light of what God has made us for and how he expects us to get there, and then stretch ourselves by accepting the Lord’s invitation to full membership in the community of his disciples, who care for and support one another to be – not just what we want to be, but what God himself is inviting and enabling us to become.

Lent, which will begin in just a few days, is the Church’s invitation to reexamine where we are, where we are going, where we would like to be going, and how hope to get there.