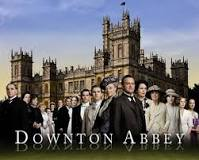 Poor tragic Edith! Always the least loved, least appreciated of Downton Abbey's Crawley sisters, who knows it and tries to compensate by being a serious person (she even gets up for breakfast), achieved a new status last night. Unluckily always falling for unsuitable men, pregnant now with the missing Michael Gregson's baby, Edith travels to London - accompanied by the correspondingly unserious Rose - to get an illegal abortion. Being jilted at the altar was bad, but bringing an illegitimate child into the world - Edith's admittedly privileged but also rigidly demanding world - would be about as bad as it could get scandal-wise. Her mother had said it all when, meaning to comfort her obviously distressed daughter, she said, "we all have bad feelings, it's acting on them that makes you bad." Little comfort, indeed, for Edith who had acted on her feelings for Michael, and who now, faced with the starkest consequences of that action, was contemplating yet another, even more horrendous act.
The only one Edith dares to share her secret with is her lonely aunt, Lady Rosamund, herself  disappointed in love in an earlier season, who has, till now, mainly made herself useful by serving as the family's London hotel (and an occasional inconvenient scold). At first Rosamund responds predictably, but then offers to accompany Edith to the abortionist. Perhaps this was the show's nod to contemporary sensibility that exalts "choice."  Perhaps it was meant as an insight into Rosamund's softer side (which we have actually seen a bit of before). Perhaps it was primarily a dramatic device to facilitate the subsequent conversation in which Edith changes her mind. Perhaps it was all of the above. In any case, when Edith and Rosamund arrive at the abortionist's dreadful place of business, Edith (who clearly understands that she is about to kill a baby, as she had earlier said to Rosamnund, "I am killing the wanted child of a man I'm in love with"), suddenly realizes that she cannot go through with it. She tells her aunt that she could never look at her niece and nephew again and bravely leaves the abortionist's place to return to face the inevitable scandal at home.
There is something beautifully powerful about the way Edith's final decision is presented. She realizes what she is doing and recognizes its impact in starkly personal terms. She chooses life, even though she knows the ensuing consequences cannot be easy for her - or for the whole, larger Downton world.

Edith is an unlikely hero. She cannot compete with her sisters either in the allocation of affection within the family or in the high-stakes marriage market. (That Sybil chose to marry down was widely recognized as an expression of her free-spiritedeness. No one would have suggested she had no other options or couldn't do better - precisely what one might have suspected in the case of Edith's choice of the eminently respectable but otherwise unsuitable Sir Antony.) Like any number of similarly under-valued people in real life, Edith has tried to compensate by being serious - by being of service to others and by working. Of course, that just isn't good enough. It can never equal the advantages of beauty or a charming personality. So she soldiers on, looking for love and repeatedly finding it in less than suitable settings (while handsome suitors of suitable status - three of them at the moment - seem to be falling all over themselves to get to Mary.) And yet, when faced with one of the greatest possible threats to her own (and her family's) reputation, Edith recognized in her inconvenient baby the same value as her much desired niece and nephew, and she chose life.
Posted by City Father