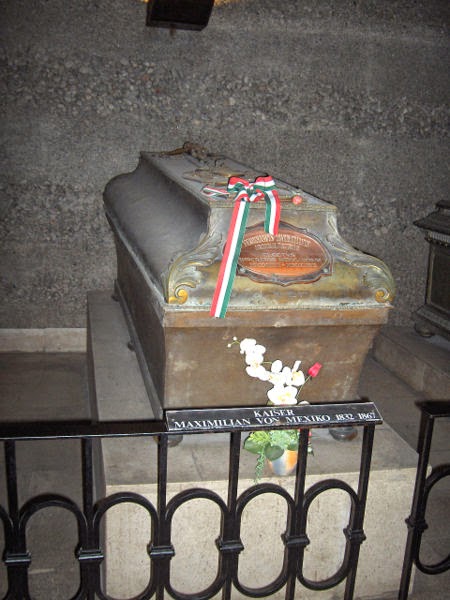 One can debate the merits and the faults of Maximilian's ill-fated empire. It does, however, make for a good historical case study. It is surely worth wondering whether Maximilian's regime might have provided Mexico with better governance than his late 19th-century replacements did - governance that might have obviated the 20th-century bloodbath that was the Mexican Revolution and its aftermath. Also, it seems reasonable to conjecture that a Hapsburg Mexico with strong ties to a European Empire might have been better able to hold its own vis-à-vis the influence of the United States. (Presumably that was one reason for the U.S.'s strong opposition to Maximilian!) Certainly, being part of the British Empire helped our neighbor to the north maintain its distinct identity vis-à-vis its increasingly powerful southern neighbor. One can only speculate how differently the relationship between the United States and Latin America might have played out with a Hapsburg Mexico in the mix!

All that is, of course, just speculation about what might have been. Alternative history can be interesting, even fun; but it also teaches us that we cannot go back and cannot undo earlier political actions, no matter how malicious or mistaken. Surely, this year's centenary of the start of World War I will warrant lots of alternative history - creative imaginings of what might have been and indeed could have been if only this or that decision had not been made, if only this or that alternative policy had been followed. But, amid all the regret over what actually happened and the dubious turns (whether malicious or merely mistaken) taken in real time, the overwhelming lesson of history is that we can never go back to what was before and so can never create what might have been. We are prisoners of our history,  sentenced for life to navigate within the narrow channels which our predecessors' past actions have bequeathed to our precarious present.

Of course, the flip side of that lesson is that what seems so self-evidently obvious to a dominant culture at any particular point in time - being on that infamous "right side of history," whether it be the Monroe Doctrine in the post-Civil War U.S., or Wilsonian nationalism in Central and Eastern Europe at the end of War I - might merit serious reconsideration, not just in the unseen future but in the very real present. Rarely is a political course as inevitable as we make it seem at the time. If only we could know the future and see the long-term consequences of our actions, we might make significantly different choices. But, of course, such knowledge is hidden from us! All we can rely on is the wisdom we have absorbed from the lessons of past history and the practical prudence we have studiously cultivated in order to inform our judgments. Unlike prophetic knowledge of the future, that intellectual and moral equipment is not inherently unavailable, but neither does it come without the demanding intellectual and moral effort required to resist the self-affirming "right side of history."