Joseph McSorley and his Friends 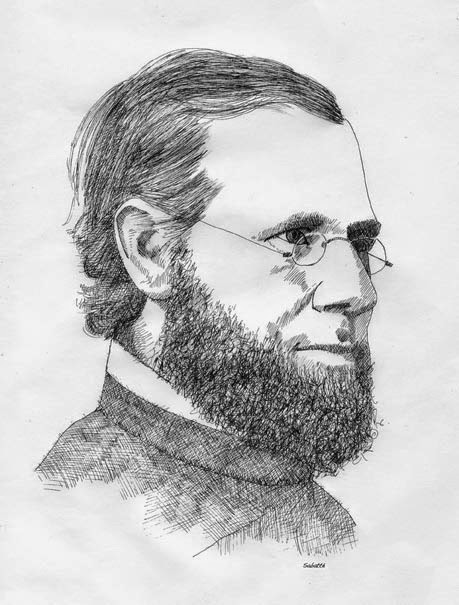 Wednesday will be the 100th anniversary of the death of Pope Saint Pius X, the pastoral pope who reformed the Roman Breviary and initiated a general reform of the liturgy and a restoration of gregorian chant, who encouraged frequent communion and allowed children to receive their First Holy communion at an earlier age, and who also pronounced the famous condemnation of Modernism (Pascendi dominici gregis, 1907).

I just recently finished reading William L. Portier's Divided Friends: Portraits of the Roman Catholic Modernist Crisis in the United States (CUA Press, 2013), a look at the Modernist crisis and its aftermath through the lens of two pairs of fairly prominent American priests - the Josephite John Slattery (1851-1926) and Bishop Dennis O'Connell (1849-1927), and Paulists William Sullivan (1872-1935) and Joseph McSorley (1874-1963). After already noteworthy public careers as Catholic priests, both Slattery and Sullivan abandoned both the priesthood and the Catholic faith during the tumultuous first decade of the 20th century, while O'Connell and McSorley remained faithful to both the priesthood and the Church - McSorley remaining active into the early 1960s. Since two of them were Paulists and all had been influenced, indirectly at least, by Paulist founder, Servant of God Isaac Hecker (photo), I naturally found their stories particularly compelling.

"Modernism" is an elusive concept. As Portier emphasizes, it is "an outsider term," not a self-identification. Nonetheless, it refers to a real phenomenon in late 19th-century and early 20th-century Catholicism in both Europe and the United States. Portier approvingly quotes Edward Schillebeeckx, who in 1964 called Modernism a failed effort to overcome neo-scholasticism's emphasis on unmediated objectivity or "conceptualism." He agrees with Schillebeeckx that what "Modernism was unable to solve - that is, the problem of the relationship between experience and concept - has continued to be a theological issue until today."

Portier's book also challenges the so-called "phantom heresy" school of American Catholic historiography. He wants his readers to re-enter a very different era and recover the distinctly American and creative theological atmosphere of the "Americanist" period prior to Pascendi. It is Portier's contention that one consequence of a failure to do this has been that "after the Second Vatican Council, Catholic theology in the United States became an overly dependent colony of Europe."

Those are all interesting and important issues. But what engaged me personally about this book was its treatment of the four priests and what their stories have to say to us today. The hero of Portier's account is Paulist Father Joseph McSorley, who not only outlived the others but remained active long after the period associated with the modernist crisis. McSorley remained an active and faithful priest, devoted to his ministry, whether it was ministering to a generation of Italian immigrants at Saint Paul the Apostle parish in New York, serving as spiritual director for Dorothy Day, writing on Church history, serving the Paulists as Superior General from 1924 to 1929, or - most especially - continuing and promoting the spiritual legacy of Isaac Hecker. As Portier summarizes McSorley:

"Though shaken by successive trials, McSorley's religious center in the Hecker tradition was never moved. ... McSorley chose to stand in history, especially the history of the traditions of prayer he inherited from Hecker. ... He was an historian who prayed. Many, like the young Dorothy Day, who read his books, attended his retreats, or sought his direction learned to pray from McSorley. ... McSorley had recourse to the church's mysterious power to make saints. ... To read Mcsorley's works on prayer is to recognize in the Hecker tradition, with its reliance on [Jean Pierre de] Caussade and Louis Lallement, an American variant on the turn to the mystical and the recovery of [Francois] Fenelon's contemplative ideal during the modernist crisis. ... Driving McSorley's work as an historian was his desire to bring the entire Hecker tradition, including its spiritual dimension, into the twentieth century in purified and usable form."

I first encountered McSorley's wisdom when I was applying for admission to the Paulists in 1982. It was then the custom to give applicants a copy of McSorley's wonderful little book Isaac Hecker and His Friends (original version 1952), which is still perhaps the best introduction to Hecker's spirituality and religious significance. It tells not only Hecker's story but that of the early Paulist community. It is not a complete biography by any means. For a fuller biographical treatment of the many details of Hecker's long and interesting life, one does well to consult other sources that offer a more complete chronology. For example, David O'Brien's Isaac Hecker: An American Catholic (1982), the only complete 20th-century biography, recounts the story of Hecker's life in far greater detail. But, however useful for their biographical information, those other publications also have their limitations. In my opinion, among published sources, McSorley's little book continues to do the best job of introducing Hecker's holiness to an American audience. Accordingly, I like to return to it periodically. Perceptively, Portier praises the book as "primarily a book for the Paulists and secondarily for the American church. ... It reconnects the founding of the Paulists with Hecker's hopes for America's conversion."

Prior to his formal opening of Hecker's canonization cause, New York's Edward Cardinal Egan wrote about Hecker in the archdiocesan newspaper, Catholic New York. Summing up Hecker's greatness and relevance, Egan called Hecker "a man of the Church." He most certainly was that in the sense that he devoted his adult life entirely to building up the Catholic community in the United States and striving to share with his fellow-countrymen the inestimable gift of faith, which he himself had received at the end of his spiritual search.

In yet another important sense too is Hecker "a man of the Church." Writing about Paulist Father Walter Elliott, who was perhaps Hecker's closest disciple, Father McSorley (in Isaac Hecker and His Friends) quoted from the Paulist Superior General's words at Elliott's funeral - a sentiment expressed in reference to Elliott which just as surely applies to Hecker himself: "We [the Paulists] understand that the spiritual ideals he embodied are not the private possession of our community; they are part of the common Catholic heritage. ... For his spirit belongs to the Catholic Church ..."