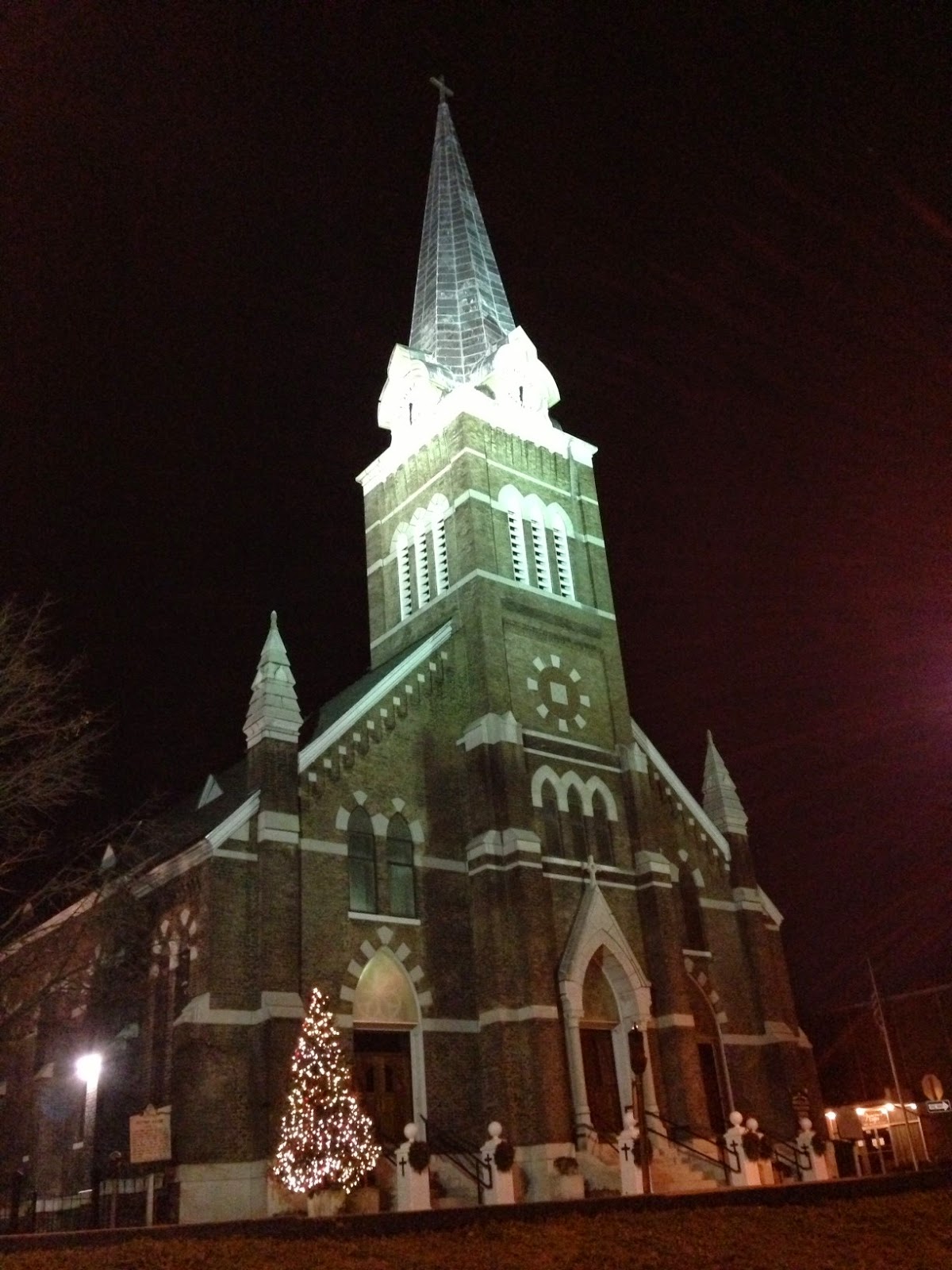 On New Year’s, I often like to repeat something that the late comedian George Burns once wrote in The New York Times: “Growing up on the Lower East Side of Manhattan, I always looked forward to New Year’s mainly because it was the only thing we could afford that was really new.”  Burns was a lifelong, professional comedian, of course, and that was his laugh line. But then he added: “And we always believed that things were going to get better during the New Year.”

The Roman god Janus, for whom the first month of the year is named, was the god of beginnings and endings, of doors and passageways, of past and future. Hence he was typically portrayed with two faces – one looking back to the past, the other ahead to the future. In a sense, that is what we all do every year on New Year’s Eve and New Year’s Day. We look back on the past, particularly the past year, perhaps with some mixture of gratitude and regret, while we likewise look ahead, sometimes with worry but with worry mixed always with hope.  Some of these sentiments are captured in the religious customs that have traditionally been associated with New Year’s Eve and New Year’s Day – the traditional singing of the Te Deum, the Church’s official hymn of thanksgiving on New Year’s Eve, and the Veni Creator, the Church’s great hymn invoking the grace of the Holy Spirit on New Year’s Day.

This new year 2015 will also be the 50th anniversary of the end of the 2nd Vatican Council, which was quite likely the single most influential religious event of the 20th century. To mark that anniversary – and specifically the 50th anniversary of the Council’s Decree on the Renewal of Religious Life - Pope Francis has proclaimed this a “Year of Consecrated Life.” These past few weeks, I have been commenting in the parish bulletin on the three specific aims Pope Francis has proposed to religious communities for this year. They are, first of all, “to look to the past with gratitude,” second, “to live the present with passion,” and then, third, “to embrace the future with hope.”

But what is immediately obvious about these three aims is their universal relevance – not just for priests, brothers, and sisters in religious communities – but for everyone (especially at New Year’s).

In inviting us “to embrace the future with hope,” for example, the Pope candidly acknowledges many of the difficulties which we in religious communities are currently experiencing – including, of course, the perennial problem of decreasing vocations and aging members. But, of course, many of the particular problems we in religious communities currently experience are actually also being experienced more broadly by the Church throughout the world. And they are not unlike the kinds of challenges that all sorts of ordinary people experience in our world today. “But it is precisely amid these uncertainties, which we share with so many of our contemporaries,” the Pope assures us, “that we are called to practice the virtue of hope, the fruit of our faith in the Lord of history, who continues to tell us: ‘Be not afraid … for I am with you’ (Jeremiah 1:8).” Our hope, Pope Francis reminds us, “is not based on statistics or accomplishments, but on the One in whom we have put our trust (cf. 2 Timothy 1:2), the One for whom ‘nothing is impossible’ (Luke 1:37).”

And so he encourages religious communities – and, by extension, I would suggest, all of us in the Church – not “to see things in terms of numbers and efficiency, and even less to trust in your own strength” but instead to “constantly set out anew, with trust in the Lord.”

During the Paulist General Assembly last June, in one of the committees I was on, I quoted from a letter that Isaac Hecker wrote to Orestes Brownson in 1851: If our words have lost their power, it is because there is no power in us to put into them. The Catholic faith alone is capable of giving to people a true, permanent and burning enthusiasm fraught with the greatest of deeds. But to enkindle this in others we must be possessed of it first ourselves.”
And that, as I said in last Sunday’s Bulletin, is the basic challenge not just for religious communities but for all of us in whatever state in life we occupy, and not just in some special Year of Consecrated Life but all year, every year – starting here and now with this new year of Our Lord 2015 that is just on the horizon.

Continuing the Christmas theme, today’s Mass repeats the Gospel of the 2nd Mass of Christmas, adding a final verse recounting Jesus’s ritual circumcision and naming on the 8th day of his life, a very particular kind of event that highlights Jesus’ full embrace of our human condition and complete commitment to our human life and our human world. In the Gospel [Luke 2:15-21], we hear the Shepherds, the first to be told of Jesus’s birth, respond to that message and then become in turn messengers themselves All who heard it were amazed by what had been told them by the shepherds, while Mary, on her part, reflected on these things in her heart. Thus, ever so simply, does the Gospel give us our agenda for the new year: bringing the good news of Jesus into the wider world around us, while at the same time seriously letting it sink in, at the heart of who we are.

None of us can know now what this new year has in store for us. But, with Mary and the shepherds, we begin this year as new people, transformed both inwardly and outwardly by Christ’s coming.