"Faithful to the Charism of Father Hecker" 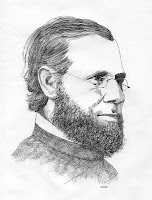 Twenty-eight years ago tomorrow, on August 7, 1982, my seven classmates and I completed our year's novitiate and solemnly committed ourselves for one year to membership and mission in the Paulist Fathers, promising to live an evangelical life in accordance with the constitution and in fraternal support of our fellow Paulists. (Three and a half years later, on January 25, 1986, four of us renewed that promise for life).

Twenty-eight years later, I am still here - still a Paulist, eventually a priest, and now a pastor. When I consider all that has happened in the interim, I wonder whether it might have been appropriate for someone to have recited to us the familiar (to my generation) words from the old wedding ritual: That future, with its hopes and disappointments, its successes and its failures, its pleasures and its pains, its joys and its sorrows, is hiden from your eyes.

No less than a marriage, joining a religious community and committing oneself to its life and mission, may be like a leap into the dark -however joyfully the decision is made and however confidently one makes it. In an age in which lifelong commitments (formerly the social norm) appear increasingly to be exceptions, the leap may seem even more precarious.

Like so many before and since, Isaac Hecker had his difficulties in religious life. His commitment to it, however, no less than his commitment to the Church itself, never waivered.

Having been received into the Church in August 1844, Hecker's immediate task was to discern the appropriate vocation for himself within the Church. Already in 1943, he had apparently embraced a celibate life. In 1845, at New York's Redemptorist Church of the Most Holy Redeemer, he met two other new Catholics, former Episcopalians James McMaster and Clarence Walworth, who were planning to go to Europe to join the Redemptist Order. (Walworth's troubled family is the subject of a new book by Geoffrey O'Brien, recently reviewed in The New York Times and The New York Review of Books).

Having decided to join them, Hecker took an overnight train to Baltimore, where he confronted the Redemptorist Father Provincial after his morning Mass and requested admission. As the story goes, the Provincial gave him an on-the-spot Latin quiz, which Hecker passed, and immediately accepted him for the novitiate. Hecker headed back by train to New York, packed his bag, and was on the ship that night, bound eventually for the Redemptorist novitiate in Belgium. Filled with joy and confidence in his decision and the new life he had embraced, Hecker could hardly have foreseen the difficulties that lay ahead in his formation - and after. And how blessed I have been (and the Church has been) by Hecker's lifelong perseverance!

One week ago, attentive to the Holy Spirit and faithful to the example of Saint Paul and the charism of Father Hecker, our one Paulist novice made his profession of First Temporary Promises. Later this month, five earnest new candidates will follow in his footsteps and begin their novitiate year. May God continue to bless the Paulists and the entire Church with men willing to leap into the dark and commit their lives to ministry as priests in the Church!
Posted by City Father