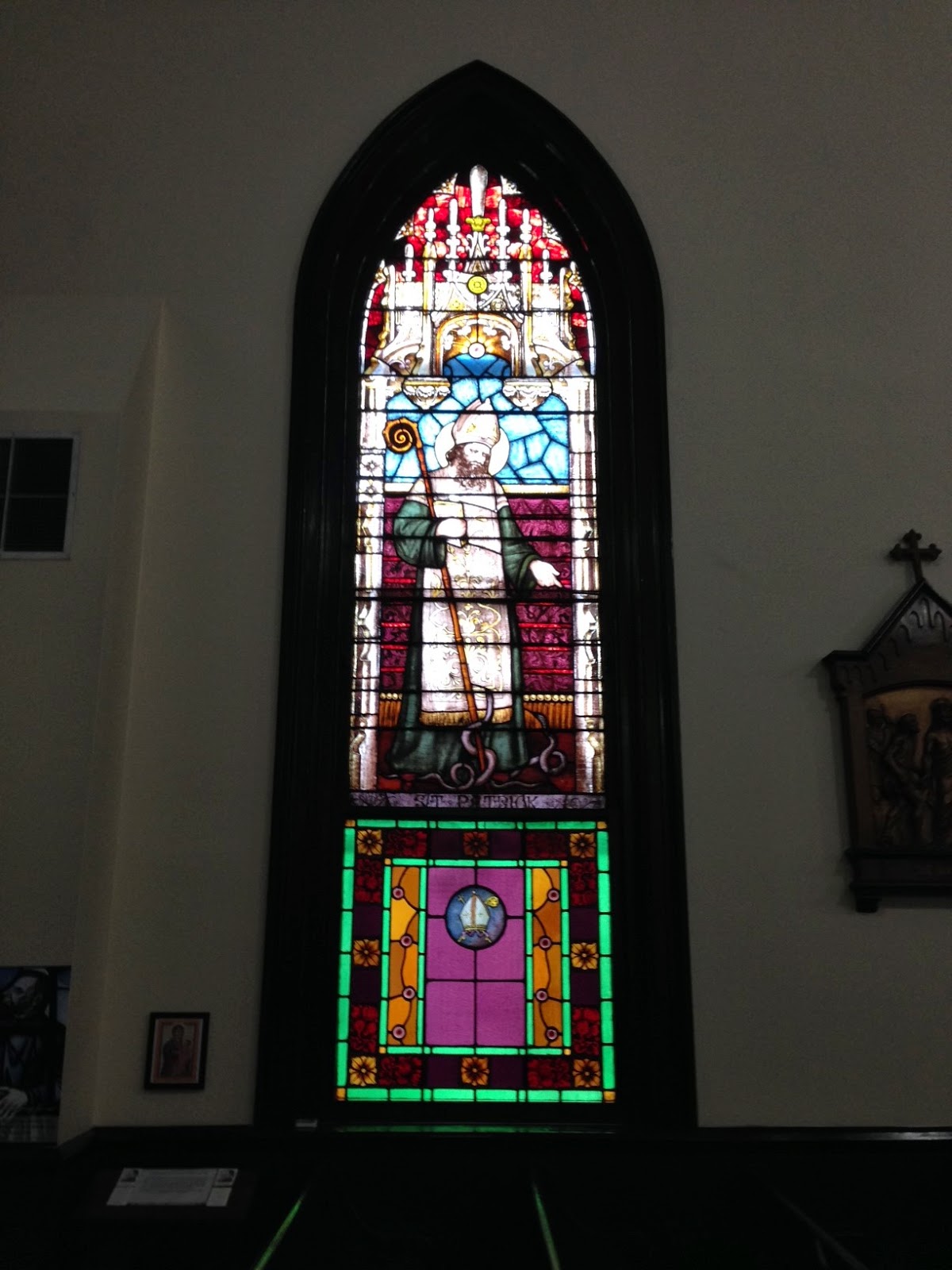 According to the great church historian Peter Brown, early medieval Ireland's conversion was facilitated by "the decision of the nobility of the land to make their own, quickly and very much on their own terms, the religion of their foreign slaves. In so doing, they came to share in the Christian culture of the Celtic, British world which lay so near, across the Irish Sea. the result was a remarkable variant of Christianity, created, in the course of the sixth century, by the collaboration of Irishmen and West Britons" (The Rise of Western Christendom: Triumph and Diversity A.D. 200-1000, p. 326.)

The most famous of those West Briton, foreign slaves was, of course, the great, 5th-century, missionary Bishop whom the Church commemorates today, Saint Patrick. The son of a deacon and grandson of a priest, Patrick was born into a well-to-do family of landed gentry in the Roman province of Britain. At age 16, however, his comfortable life was suddenly interrupted when he was captured and enslaved by Irish raiders. During his subsequent six years as a slave in Ireland, Patrick’s conventional Christianity was transformed into an ardent, fervent faith. So, after a successful escape and return to Britain, he felt a call to convert the pagan Irish to Christianity. Ordained a bishop, he returned to Ireland and remained there until his death on this day in 461.


Unlike Patrick’s home island of Britain, Ireland had never been part of the Roman Empire. It was thus beyond the borders of what then constituted civilization. St. Patrick stands out as among the first in Western Christian history to feel the imperative to evangelize beyond the borders of the Empire, to take literally the Gospel’s mandate to teach all nations. Indeed, Richard Fletcher calls Patrick the first "to take the scriptural injunctions literally; to grasp that teaching all nations meant teaching even barbarians who lived beyond the frontiers of the Roman empire" (The Conversion of Europe: From Paganism to Christianity 371-1386 AD, p. 86).
In his own autobiographical account, Patrick described his sense of mission. “I want to spend myself in that country, even in death, if the Lord should grant me this favor. I am deeply in his debt, for he gave me the great grace that through me many peoples should be reborn in God, and then made perfect by confirmation and everywhere among them clergy ordained for a people so recently coming to believe, one people gathered by the Lord from the ends of the earth. ... It is among that people that I want to wait for the promise made by him, who assuredly never tells a lie. ... This is our faith: believers are to come from the whole world” (Confession, 809).


One of my favorite legends about Saint Patrick recalls his lighting the Easter Fire on the Hill of Slane on March 25, 433. This was witnessed by the Irish High King's court at Tara and prompted a pagan Druid to prophesy that, unless it was extinguished immediately, Patrick's fire, lit in defiance of royal decree, would burn forever in Ireland. When I learned that story in school, it was interpreted as predicting the long-term success and durability of Patrick's evangelizing mission. And indeed that mission was successful and produced further fruit in many more missionaries who in subsequent centuries set forth from Ireland to evangelize much of the world. Yet today that flame of faith seems imperiled by the new wave of 21st-century secularism that seems to be gaining ground in much of Europe.

There may, however, be a lesson to be derived from the ancient faith's precipitous decline in the new Europe. Places like Ireland and Spain (and, on this side of the ocean, Quebec), which seemed so Catholic just a half-century ago are also places where the Church enjoyed a degree of political power which has since come to be resented, resulting in a strong secularizing reaction. Whatever the future prospects for a revitalized faith in traditionally Christian countries, whatever distinctive dynamics the New Evangelization may employ to re-light the fire, politics probably will not play the supporting part it played in the past.