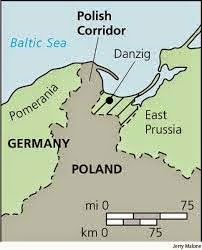 The centennial of World War I is understandably this year's biggest anniversary. Even so, today's 75th anniversary of the formal beginning of World War II should not therefore pass unnoticed. That second war was, after all, a direct consequence of how that first one was ended and the modernizing assumptions that underlay the disastrous post-war peace settlement. Meanwhile, by convenient coincidence this week, the President and european leaders will hold their NATO summit in Wales. NATO, of course, came about in the aftermath of World War II, thanks to the way that war was ended and the inevitable conflict (the Cold War) what that post-war arrangement produced.

I mention all  this because, it is so easy to forget the lessons of our sad century of history. More to the point, it is my impression that the President and his administration may persist in the opinion that the progress and success of modernity is inevitable. If that were so, then the solution to the mess that post-war modernizing assumptions have produced should be more of the same!

In today's New York Times, Shadi Hamid, author of Temptations of Power: Islamists and Illiberal Democracy in a  new Middle East (2014), suggests an explanation for the President's alleged passivity in responding to the crisis in the Middle East to a belief that "History moves with intent, that the forces of reason, modernity and pluralism will inevitably prevail." All analogies are limited and history does not repeat itself as such. Still, what was the post World War I settlement (in the minds of the victors)? What was the gratuitous destruction of Europe's empires and inherited institutions and the consequent creation of  such anomalies as the Polish Corridor (and, for that matter, Iraq), if not the historical advance of those same "forces of reason, modernity and pluralism"?

One legacy of this century of warfare seems to be how progressive elite opinion continues, in the spirit of Woodrow Wilson, to keep wanting to be on the right side of what it keeps wanting to think is the direction of history.