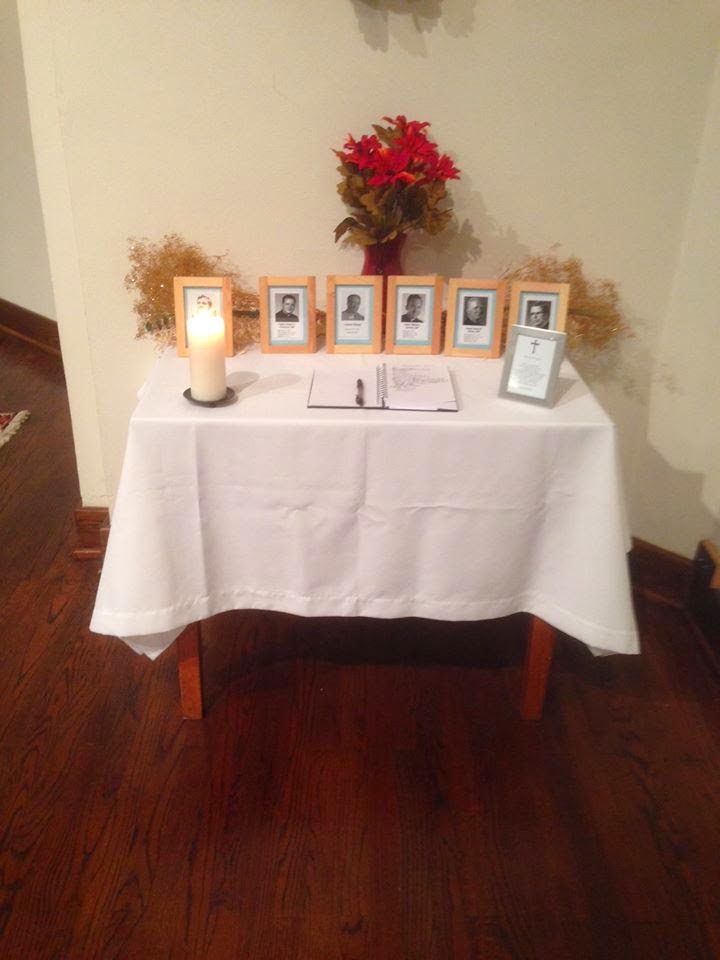 I began my Paulist life 33 summers ago at what was then our Paulist Novitiate in northern New Jersey. The property was extensive – 1100 acres of rocks and trees and a lake – most of which we never explored. One place we saw a lot of, however, was the cemetery. Soon it was autumn, and we spent many hours raking leaves there. Then in spring, we did more fixing up – including putting up a new crucifix in the center. The cemetery was dear to our novice master’s heart, and he wanted it to be dear to ours as well. Rightly so, for cemeteries are special places for us both as human beings and as Catholics. After all, remembering is a profoundly human activity. To remember those who have died is to acknowledge the importance of their lives - and the common humanity which we share with them. To remember those who have gone before us in faith is to celebrate the different ways in which the grace of God touched and transformed each one of them - and the hope we share with them.

So today we remember in a special way the many Paulist Fathers who have preceded us – from Francis Baker, the first of the founders to die 150 years ago this coming April, to those we have known personally and perhaps even lived and worked with. We remember particularly today the Paulists who have died in this past year - Philip Hart, Richard Boudreau, Robert Pinkston, William Kenney, James O’Gara, and Dennis Hickey – all of whom were part of the larger Paulist story and some of whom were part of our own personal stories. (It was Dennis Hickey, for example, who drove me to the airport the day I moved to Knoxville 4 years ago.)

Every day, at every Mass, we pray in general for all who were pleasing to God at their passing from this life, that they may be purified from their sins and admitted into the company of the saints. And especially today we remember and pray for all whose lives were spent in priestly service as Paulists, especially those who have served here in Knoxville since 1973.

In the Church’s daily prayer, The Liturgy of the Hours, we have been reading this week from the Book of Daniel. Today’s reading ends with the words: Go, take your rest, you shall rise for your reward at the end of days. We pray today that these brother Paulists whom we faithfully remember may hear those words addressed to them, and that we in turn may be made worthy someday to hear them addressed to us as well.