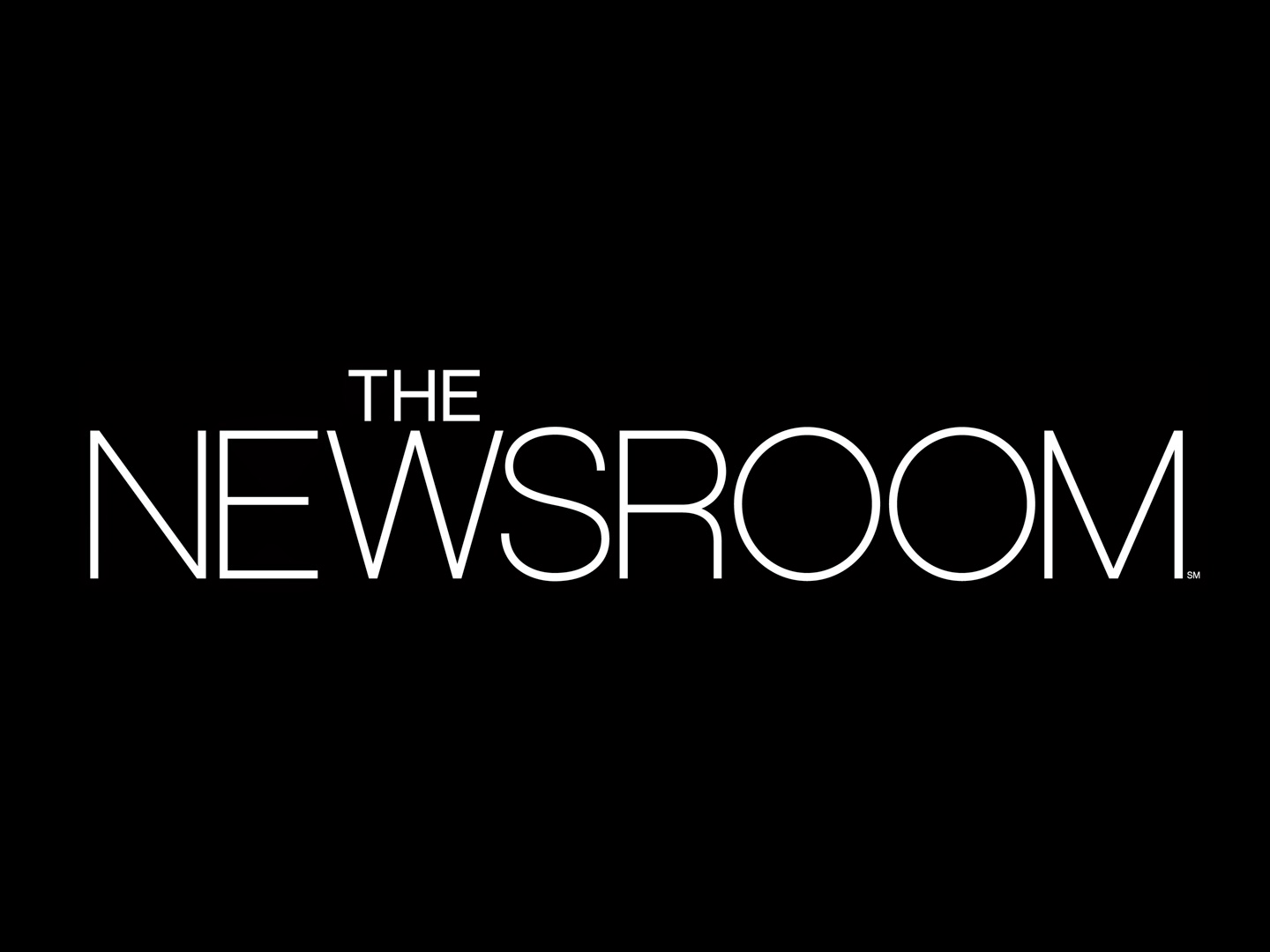 Amazing as it seems, we are already 1/3 of the way through the 3rd season of HBO's at times troubling but always interesting and well acted, Aaron Sorkin series The Newsroom. (The season began on November 9 and is slated to air only six episodes, which means it will end on December 14.)

For anyone who has not been following the show, it centers around a fictional cable news network (ACN) and the on and off-air, professional and personal struggles of its principal anchor Will McAvoy (Jeff Daniels), his executive producer and former girl friend (with whom he fully reconciled and proposed to in the final episode of season 2) MacKenzie McHale (Emily Mortimer), the head of the News Division Charlie Skinner (Sam Waterston), and the corporate side of ACN's parent company (with whom the news division has a kind of love-hate relationship), CEO Leona Lansing (Jane Fonda) and the Company President (her son) Reese Lansing (Chris Messina). Interweaved with their stories are the on and off-air, professional and personal struggles (and loves) of the younger newsroom staff, senior producer Jim Harper  (John Gallagher, Jr.), associate producer Maggie Jordan (Alison Pill), economics commentator Sloan Sabbith (Olivia Munn), her new love interest, late-night producer Don Keefer (Thomas Sadoski), and social media and all-things-internet expert, Neal Sampat (Dev Patel).

In the first two seasons (set in 2011 and 2012 respectively), while the eliitist self-righteousness of the show's principal characters sometimes got just too tedious, the adventures of the younger newsroom staff were always interesting and (in my opinion) often did as much to make the show work as much as the principals did.

Season 3 (set in 2013) has ACN struggling to regain its position after having (in season 2) falsely reported (and then retracted) a doctored story alleging that the Marines had illegally all using the chemical weapon sarin gas during the Afghanistan war. The principal character to blame for that, Jerry Dantana (Hamish Linklater) comes across as an extremely ideologically driven figure - different from the other younger staff in being therefore somewhat less likable personally and different from everyone else in his corresponding lack of professional restraint.

The new season began with ACN's coverage of the 2013 Boston Marathon bombing. (One of the show's more intriguing features is how it reprises old news stories from a year or more ago, and also which stories it picks to focus on.) The episode offers an opportunity to suggest the journalistic (and moral?) superiority of "old media" vis-a-vis unfiltered, unedited "new media" ("citizen journalism" as it is sometimes scoffingly referred to).This sets us up for a fictionalized analogue to the Edward Snowden affair, when Neal receives (via computer) some 27,000 stolen government documents - and de facto commits one or more felonies in the process.

Episode 2 starts with Will desperately trying to save Neal. It seems only Will and Rebecca (Marcia Gay Harden), the company lawyer, fully grasp how much trouble Neal has gotten himself into and want to kill the story to save him. It seems that Mac, Charlie, and Neal himself have totally bought the ideology of investigative journalism as the savior of democracy. Hence their determination to make the necessary call to confirm the story, which will inevitably trigger legal action on the government's part. That action, of course, comes quickly in the form of a virtual FBI occupation of the news division's office - a rude counter to the elitist, ideological self-understanding of journalism as democracy's ersatz priesthood!

Of course, Neal and the other younger staff have absorbed this value system largely from following Will's leadership - something that comes across very clearly in the touchingly emotional scene between Will and Neal in the studio. All in all, Will comes across as a super decent guy in this episode, and we are reminded again how his charismatic leadership has formed a whole generation of younger staffers.

One of those younger staffers is, of course, Maggie, now with her hair grown back and blonde again. After her on-air success in Boston, she overhears a careless EPA official talking off the record - on his phone in an Amtrak car! How she ends up dealing with the crisis she has created by sneakily listening in on the official's conversation creates one of the episode's more morally uplifting moments. The hapless official too deserves credit for calling her on the exploitative dimension of her profession, however often dressed up as defense of democracy. Maggie has really grown up by this point, and seems to be about to be rewarded with an interesting new boyfriend - a law professor and ethicist (and marathon runner), no less! (I assume we'll see a lot more of him in the remaining 4 episodes.)

At the opposite end of the ethical spectrum are Reese's millennial half-brother and half-sister who are out to destroy what Leona and Reese have built. It has been interesting to watch how Leona and Resse have gradually migrated from corporate ogres to the news division's guardian angels!

The Newsroom - like Sorkin's famed West Wing - is derivative, drawing on real news to reprise it as is should have happened. It's the ultimate progressive elitist fantasy. But even then things still go wrong, and the characters have to find more dependable resources to rely on beyond the limits of their ideological stances. Right now, the one for whom things have gone most wrong for is, of course, poor Neal, now literally on the run from the Feds, but who, despite his ideologically driven fanaticism, remains one of the most personally attractive characters in the story.

Sorkin, et al., have given themselves a lot to sort through in a mere four more episodes. Past experience suggests it will be riveting to the end. But let's at least hope  that it ends with a wedding!