What To Take on the Journey 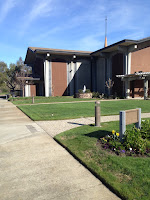 He instructed them to take nothing for the journey … no food, no sack, no money in their belts.

Whenever I travel anywhere – whether for work or, as this week, for vacation – I worry whether I‘ve packed enough or too much. I always worry about leaving something behind that I’m going to need. And often that exactly what happens! But, in the meantime, my worrying has caused me to carry a whole lot of extra stuff as well! And, of course, as anyone who has ever travelled anywhere knows all too well, the amount of baggage we bring actually tends to increase along the way. Not only do I usually start with too much; I frequently finish with even more!

Of course, this is the kind of problem that can only arise in a world, in a society, where people have a lot of possessions to begin with  - an awful lot of stuff, too much, maybe.

On the other hand, in this particular passage, which we just heard [Mark 6:7-13], Jesus wasn’t really talking about our ordinary relationship with possessions. This was not some ordinary trip, let alone a vacation, that the apostles were going on. What it was actually was a kind of practice-run for the apostles’ future job as full-time missionaries. And, unlike my vacation this week, the mission of the Church, which was what the apostles were being prepped for, is never finished (at least not in this life). Hence the command to travel light, lest the constantly accumulating baggage weigh down the kingdom of God and get in the kingdom’s way as it moves out into our world.

Of course, even Jesus let his apostles have some things. He allowed them a walking stick and sandals. I suppose those were considered essentials at that time. On the other hand, the command to take nothing else seems to stress the special nature of the journey – its urgency and importance, allowing no time for distractions and requiring complete commitment, as well as a whole lot of trust in who was sending them. Jesus seemed to be leading the 12 into what I like to call a kind of guided insecurity, sending them out as missionaries, without most of the props they would have been familiar with and normally might have depended on.

Well that was about them then. What about us now? After all, we are all part of this new kingdom of God that the apostles were appointed to proclaim. Of course, we are not all – or even most of us – called to be missionaries like them.  But we are being challenged to adopt the kingdom of God as our standard for how to live. And so what does that say about our relationship with things? For all of us, then, this Gospel is a kind of proverbial “shot across the bow” about our relationship with things.

I’m sure you’ve all heard of Pope Francis’ much anticipated encyclical Laudato Si’ On the Care of Our Common Home. As is often the case with such papal pronouncements, it’s somewhat long and requires some patience to read and assimilate its message. But it is well worth the effort.

The encyclical addresses important scientific, economic, political, and cultural concerns, but the heart of its message is spiritual – a call to each and every one of us to true religious conversion, a conversion that challenges us to rethink the way we relate to things in this consumer culture that we are all a part of.

“The emptier a person’s heart is,” Pope Francis warns, “the more he or she needs things to buy, own and consume” [204]. But, he continues, "We are always capable of going out of ourselves towards the other. Unless we do this,” he warns, “other creatures will not be recognized for their true worth; we are unconcerned about caring for things for the sake of others; we fail to set limits on ourselves in order to avoid the suffering of others or the deterioration of our surroundings. Disinterested concern for others, and the rejection of every form of self-centeredness and self-absorption, are essential if we truly wish to care for our brothers and sisters and for the natural environment" [208].

Obviously, no one – not even an apostle - ever wants to start out on a trip with insufficient supplies. The point, of course, is not the things themselves. If we just focus on which things we need to shed, then the things are still driving the discussion as surely as if we were carrying them all around with us. The primary point, rather, is to unburden ourselves, both inside and out, so as to free ourselves to become the people God is calling us to be – not the person all the commercials and ads want to be, but the person God is calling me to be.