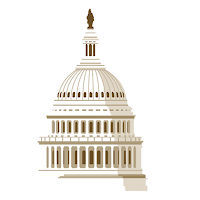 "Cartoonishly malicious" is how Massachusetts Representative Jim McGovern characterized the bill that House Speaker Paul Ryan and his Republican accomplices tried (unsuccessfully) to foist upon the American people this past week. Tone deaf to the very same anti-establishment populism that propelled President Trump into the White House, Ryan, et al., proposed a stereotypically Republican replacement for Obamacare. They sought to repeal a law which has successfully brought health insurance coverage to some 20 million Americans who would otherwise have gone without it. And they sought to replace it with a substitute which would have left that many and more Americans without health insurance in order to (surprise!) reduce taxes on the wealthiest Americans.

In effect, the malicious part of the Republican agenda was compensated for by the  party's cartoonish inability to transition from opposition to governance. Perhaps after lying to the American people about Obamacare for seven years, they had actually begun to believe their own propaganda that Obamacare was "failing" (even "exploding") and that their constituents - many of them major beneficiaries of Obamacare - really shared their representatives' overriding desire that they should lose their health insurance so that some very rich people could get even richer. Such delusions reflect the self-confirming bubble in which so many politicians and their ideological accomplices have been living for so long. All that, combined with a president who is admittedly a novice at the business of government and who apparently has little substantive interest in health care policy anyway, resulted in a legislative debacle that saved the day for many poor and middle class consumers of health care. “We’re going to be living with Obamacare for the foreseeable future,” said the House Speaker.

Speaker Ryan and his accomplices have had seven years to come up with an alternative to Obamacare. During that time, instead of doing the unglamorous, wonky work of crafting an alternative policy, they settled for casting some 60 show votes to repeal the Affordable Care Act - votes premised on the certainty of a presidential veto. It is likely that they expected Hillary Clinton to win the White house in 2016 and thus thought they could continue the same silly routine. Being suddenly saddled with grown-up responsibility has proved obviously very disconcerting to a party that, stuck with an intrinsically unpopular ideology of its own making, has grown accustomed to stopping others from governing rather than governing itself.

Where does this leave the President? Perhaps he might follow the path some were earlier predicting he might - pursue his populist agenda with potentially popular programs like infrastructure, making deals with Democrats when the Republicans prove uncooperative. Two months ago that was a not implausible scenario. But it becomes harder to envision as his problematic leadership in so many other areas has continued to alienate the majority of the country that voted against him in the first place.