The Call to Holiness in the Contemporary World 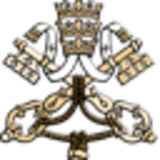 On Monday, the Holy See issued Pope Francis’ March 19 Apostolic Exhortation, Gaudete et Exsultate, “On the Call to Holiness in the Contemporary World.” This is Pope Francis’ third Apostolic Exhortation. (The previous two were Evangelii Gaudium in 2013 and Amoris Laetitia in 2016.) This Exhoration's "modest goal is to repropose the call to holiness in a practical way for our own time, with all its risks, challenges and opportunities" (2).  Since neither holiness itself nor the Holy Father's stated goal are novel, we would expect this to cover a lot of familiar ground, which it does; but it does so in the present Pope's preferred personal style, while highlighting some especially significant contemporary concerns.

He begins by situating our earthly human situation in relationship to the saints who "preserve their bonds of love and communion with us"(4). He quickly moves on from that to a recognition of signs of sanctity in the ordinary lives and activities of people, for example, "parents who raise their children with immense love" (7). In this the Pope stresses the inherently communitarian character of salvation: "we are never completely ourselves unless we belong to a people. That is why no one is saved alone, as an isolated individual" (6). "In the Church, holy yet made up of sinners, you will find everything you need to grow towards holiness" (15). The Holy Father returns to this theme later, when he warns against isolation and the consequent loss of "our sense of reality and inner clarity" and reminds us that "Growth in holiness is a journey in community, side by side with others" (140-141).

Unsurprisingly - especially in light of the recent CDF Letter Placuit Deo - the Pope revisits his preoccupation with two perennial heresies, "two false forms of holiness that can lead us astray: gnosticism and pelagiansm" (35). Regarding the former, he warns against those who have "an answer for every question," which "is a sign that they are not on the right road" (41).More pointedly, he warns that "God is mysteriously present in the life of every person, in a way that he himself chooses, and we cannot exclude this by our presumed certainties. Even when someone's life appears completely wrecked, even when we see it devastated by vices or addictions, God is present there" (42). Regarding what he considers contemporary pelagianism. he references the two great medieval Doctors. Saint Bonaventure and Saint Thomas Aquinas, to remind us both that "not everyone can do everything" and that "in this life human weaknesses are not healed completely and once and for all by grace" (49).

The central chapter is an extended mediation on the Beatitudes, which he treats as Jesus' own explanation of holiness. This section especially merits close reading and extended reflection. It concludes with a timely treatment of the centrality of a "lively recognition of the dignity of each human being," something which "involves a constant and healthy unease" (98-99). In this regard, he again identifies two dangers. There are those "who separate these Gospel demands from their personal relationship with the Lord," thereby reducing Christianity to "a sort of NGO"(100).  On the other hand, there are also those "who suspect the social engagement of others, seeing it as superficial, worldly, secular, materialist, communist or populist. Or they relativize it, as if there are other more important matters, or the only thing that counts is one particular ethical issue or cause that they themselves defend." Hence he stresses the sacredness of "the lives of the poor, those already born, the destitute, the abandoned and the underprivileged, the vulnerable infirm and elderly exposed to covert euthanasia, the victims of human trafficking, new forms of slavery and every form of rejection" (101).

In this connection and with obvious implicit relevance to contemporary events, the Pope warns against those who treat the situation of migrants  as "a secondary issue compared to the 'grave' bioethical questions." He dismisses that as the approach of "a politician looking for votes" not that of "a Christian, for whom the only proper attitude is to stand in the shoes of those brothers and sisters of ours who risk their lives to offer a future to their children" (102).

The Holy Father next looks at some "expressions of love for God and neighbor" which he considers particularly important in light of certain of contemporary culture's dangers and limitations, such as "a sense of anxiety, sometimes violent, that distracts and debilitates; negativity and sullenness; the self-content bred by consumerism; individualism; and all those forms of ersatz spirituality - having nothing to do with God - that dominate the current religious marketplace" (111).

As a spiritually formed Jesuit, the Pope obviously understands that holiness is also a constant combat, and he focuses our attention particularly on the Devil. "We are not dealing merely with a battle against the world and a worldly mentality that would deceive us and leave us dull and mediocre, lacking in enthusiasm and joy. Nor can this battle be reduced to the struggle against our human weaknesses and proclivities (be they laziness, lust, envy, jealousy or any others). It is also a constant struggle against the devil, the prince of evil" (159)
For Francis, "the conviction that this malign power is present in our midst" is what "enables us to understand how evil can at times have so much destructive force" (160).

Fittingly, Francis concludes with a reflection on discernment, without which, he warns, "we can easily become prey to every passing trend." (167) and he asks "all Christians not to omit, in dialogue with the Lord, a sincere daily 'examination of conscience'."  (169).

While wordy, Gaudete et Exsultate is not as wordy as so many other modern Church documents. Its subject and the Pope's style of expression make it relatively accessible to most. Those same qualities ought also to make it easy to summarize for those who inevitably will not actually read it.

Unsurprisingly, some journalistic accounts have immediately sought to highlight how this or that passage tilts the score one way or the other in the contemporary tribal divisions within the Church, divisions which sometimes seem to replicate the divisions of our poisonously politically polarized society. To read it exclusively in that way, however, misses a major opportunity to transcend some of those divisions.

Like Saint Francis de Sales famous masterpiece, The Introduction to the Devout Life, Pope Francis' Apostolic Exhortation is addressed to all, irrespective of particular vocation or status within the Church, modeling how an authentic spirituality not only can be but actually must be rooted in and reflected in our ordinary life experiences and the opportunities and challenges we encounter. The ordinary hearer of this message may not known anything about gnosticism or pelagiansim per se, but can easily recognize and react against their baneful effects as the Pope presents them. "Holiness," Pope Francis insists, "is the most attractive face of the Church" [9], and that is surely something that is widely recognized and intuitively grasped.