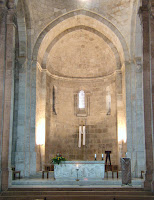 According to a 2016 PBS Newshour report, some 2.7 million grandparents are raising their grandchildren nationwide in the U.S. - up 7% from 2009. About 20% of those grandparents have incomes below the poverty line. This particular phenomenon of grandparents as parental substitutes may be a response to some of the particular problems that increasingly characterize our society and the collapse of the family, at least the family as we have recently known it, as a central social institution. That said, in both better and worse times and places and in other configurations of family structure, grandparents have often played a major role in the formation and socialization of their children's children.

In my own experience, while I grew up in an intact, stable nuclear family (with a large nearby network of aunts, uncles, and cousins), my mother's mother lived with us until her death when I was 19. Her presence and the influence of her presence were profound. On a purely practical level, her presence made it possible for my mother to work part-time, which was financially necessary. Her presence in our home also connected us more than anything else might have with our family's past pre-immigration history and with the actual experience of being immigrants. Finally, my grandmother's personal piety had a particularly powerful personal influence on me and on how I came to appreciate the Church's life and worship as an essential component of a meaningful life.

All that is worth recalling today as the Church commemorates Saints Joachim and Anne, the parents of the Blessed Virgin Mary. The New Testament is unsurprisingly silent on the subject of Mary's family and her life prior to the Annunciation. The earliest known account of her family of origin is found in the Protoevangelium of James a non-canonical, "apocryphal" - Raymond Brown called it "obviously folkloric" - text from the late second century, which identifies her parents as Saint Anne and Saint Joachim. The liturgical commemoration of Mary’s birth is connected with the dedication of an ancient church in Jerusalem, now known as the Church of Saint Anne (photo), built on a site which came to be identified with the home of Saints Joachim and Anne.

In the former Missal and Breviary, Saints Joachim and Anne each had his or her own feast day, celebrated with the second highest liturgical rank. In the present Paul VI Missal and Breviary, they have been demoted somewhat. The much more popular Saint Anne now has to share her day with her husband in one single celebration, which has been reduced to the third highest liturgical rank. Why this was done or what particular benefit these changes were supposed to produce is unclear, but so it is.

Devotion to Saint Anne developed early in the East, later in the West. Once it did develop, however, Saint Anne became patroness not just of grandmothers but women seeking a husband or hoping for a child. She is famously also the patron saint of miners and a protector from storms. Hence the invocation of her by Martin Luther (who came from a mining community) when he was caught in a terrifying storm, "Help me, Saint Anne, I will become a monk!"

According to the Protoevangelium of James, Joachim and Anne were a generous couple, who donated a third of their income to the poor, a fitting image for us today when so many grandmothers find themselves the de facto heads of poor families!

A final thought from the great 20th-century liturgical scholar Pius Parsch: "Let us think of our grandmother today with gratitude.  Next to God we owe our faith principally to our mothers and grandmothers. To them our gratitude."