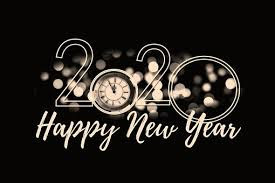 On New Year’s I like to recall what the late comedian George Burns once wrote in The New York Times: “Growing up on the Lower East Side of Manhattan, I always looked forward to New Year’s mainly because it was the only thing we could afford that was really new. And we always believed that things were going to get better during the New Year.”

New Year’s – especially the run-up to the end of the old year – lends itself to both nostalgic and serious reflections both about the state of the world and about one’s life, about where one has been so far and where one may be going in whatever time may yet be allotted. But New Year’s, as George Burns’ comical comment reminds us, is, by definition, also something new, a gift freely given us that offers an opportunity for hope.  However we may approach the beginning of a new year, that hope has to be a part of it.
Yet for all our holiday cheer, we know that we begin this year at a truly turbulent time in our national life, in a country bitterly and angrily divided along ethnic, racial, educational, and geographical lines, at a time when anxiety rather than hope seems to be the dominant feeling for so much of today’s world, menaced as our world now is by our changing climate and other threats.
It’s not for nothing that we pray every day at Mass that we may be safe from all distress, as we await the blessed hope and the coming of our Savior, Jesus Christ. Our distress is real enough, and our anxiety about it is honest, but so must be our hope, the hope we all share as Church, the hope we have been proclaiming this Christmas season, and on which we must all rely in all things and at all times, all the year round: the blessed hope and the coming of our Savior, Jesus Christ.
Our hope is founded and focused on Jesus Christ, the one whose birth 2000+ years ago is the very basis for the calendar we mark today. When the fullness of time had come, God sent his Son, born of a woman – Mary the Mother of God and the Mother of the Church. He was born under the law – that is, he was a member of the Jewish People, circumcised on the 8th day of his earthly life, in fulfillment of God’s covenant with his Chosen People. God’s showing up in the world in Jesus – born to a particular mother, of a particular nation, in a particular place, at a particular time in human history – has realigned all of time and given all of history a new and more hope-filled meaning, giving us a hope for the future we would never otherwise have had.
In the Gospel story we just heard, Jesus, Mary, and Joseph are joined by the shepherds. As Pope Francis recently remarked: “Unlike so many other people, busy about many things, the shepherds become the first to see the most essential thing of all: the gift of salvation.” [Admirabile Signum, 5]. In the 4th century, Saint Ambrose of Milan (340-397) famously called the shepherds’ arrival at the manger “the beginning of the infant Church.”
In most Nativity scenes, including ours here, the shepherds stick around. They will still be here, still kneeling, on Epiphany, when the Magi arrive. In the real story, however, they stayed just long enough to find Mary and Joseph and Jesus – just long enough to be found in turn by God. And then the shepherds went back – back presumably to their work and to their ordinary lives. But nothing for them would ever be the same again. They returned glorifying and praising God for all they had heard and seen. However socially insignificant they may have been, however ordinary the lives they returned to, the kingdom of God was being born among them. And, however insignificant and ordinary we and our daily concerns may seem today, the kingdom of God is also being born among us – if only, like the shepherds, we hasten to find it in Mary’s Son.
The same Son of God who revealed himself to the shepherds in the Son of Mary continues to reveal himself to us in his Church. Like the shepherds, we too hasten with wonder to find him and to be found in turn. And, as his Church, we continue doing what the shepherds did, making known to one another and to the world the message about this child in whom the kindness and generous love, the mercy and forgiveness, of God our savior have appeared and forever more continue to appear.
Among us this New Year’s Day, no less than among those shepherds so long ago, the kingdom of God is being born, breaking into our otherwise ordinary, self-enclosed world and offering it the precious possibility of hope. So may that same precious and powerful hope move us and fill us and change us, as surely as it did those long ago shepherds.
Time has always been very precious – precisely, I suppose, because we have only such a limited supply of it. By becoming part of our time, however, God has turned our limited time on earth into a time of unlimited opportunity. So today he invites us to receive this new year – this year of our Lord 2020 – with gratitude as his gift and to enter it not in fear or anxiety, but with the hope that counts as one of God’s greatest Christmas gifts to us.
Happy New Year!