A Vigil for the Lord 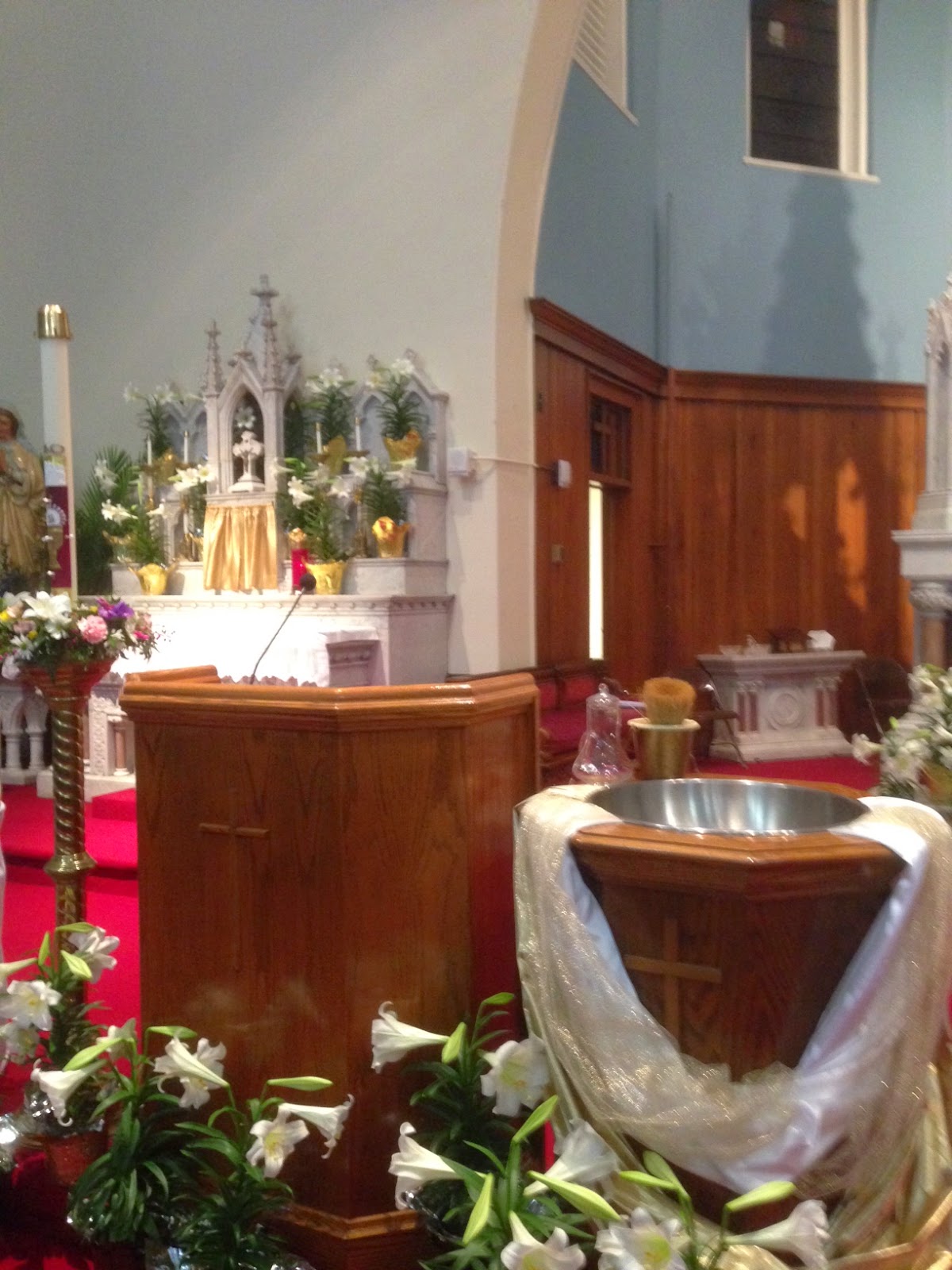 This is the night, when once you led our forefathers, Israel’s children from slavery in Egypt and made them pass dry-shod through the Red Sea. So sang our deacon a short while ago, beginning our Vigil with the stirring words of the ancient Easter Proclamation, commonly called the Exsultet (its opening word in the original Latin).  Every year, when I hear that ancient text sung, I think back to my own experience of singing it as a deacon way back when. That year, I prepared by listening to a recording of it every day of Lent, listening and repeating it until I somehow had every note and every up-and-down of the melody memorized so as to fulfill that challenging chore – as the celebrant says to the deacon when blessing him beforehand – to proclaim his paschal praise worthily and well.

America’s most famous, 20 th-century monk, Thomas Merton, once called the Exsultet "the key to the whole business.” One year, when it fell to him to sing it, he wrote, “I am going to sing the whole of theology. It is marvelous. … And the people who hear it are learning all theology, and the Holy Ghost, Who operates what is signified, throws light in darkness upon the whole meaning of Christianity.” [April 6, 1947, & April 15, 1949]

Merton wasn’t alone in his praise. The great 20th-century liturgical scholar Pius Parsch, whom I sometimes like to quote in the parish bulletin, once called the Exsultet "a hymn that never ceases to touch the heart and mind." Now how does it do that? It does so, I believe, by bringing us back to the very heart of the ancient Passover story, which we recall tonight with this Vigil, just as the Jewish People have for so many centuries celebrated the Passover night’s annual return each spring. In the Book of Exodus we are told: This was a night of vigil for the Lord, as he led them out of the land of Egypt; so on this same night all the Israelites must keep a vigil for the Lord throughout their generations. This they have done, generation after generation; and so also must we on this our own annual Christian Passover night.

On this night, when once God led Israel from slavery and brought them safely through the waters of the Red Sea, we too follow our own pillar of fire, our paschal candle marked with 5 grains of incense to signify the holy and glorious wounds of Christ’s passion, to relive that night when Christ broke the prison-bars of death and rose victorious from the underworld.

Throughout the entire Easter season, the Paschal Candle, the symbol of the Risen Christ and visible reminder of his great victory, will stand in its place of honor in the sanctuary. Also prominently displayed in our church throughout this Easter season is the icon of the Resurrection. This famous image portrays the Risen Christ standing over the broken gates of hell, lifting up Adam and Eve from their coffins – while, on one side, Moses, Isaiah and Elijah, and, on the other, the Old Testament kings and John the Baptist look on.

In the centuries-old Passover ritual, it is said that “in every generation” every person should view him or herself as having personally come out of Egypt. Passover is not just some historical anniversary. It is something that happens in the lives of God’s People here and now. And so it is for us on this Passover feast of the Church. For, as the Exsultet says, this is the night that even now, throughout the world, sets Christian believers apart from worldly vices and from the gloom of sin, leading them to grace and joining them to his holy ones.

Tonight, having heard again the ancient Passover story - its full meaning now unlocked for us by Jesus’ triumph over death - the Church simply cannot contain her joy. Sadly silent these past two days, the bells now ring again with all the clamor they can muster. I’ll talk more about the Easter bells tomorrow morning. For now, suffice it to say that, as far back as I can remember, the ringing of the bells has probably been one of my favorite parts of the Vigil – a moment of sheer joy to be remembered throughout the year, and beyond. And no wonder! For what bigger news has there ever been? What better news has there ever been?

Tonight, however, I want to stay focused on the Exsultet, and with the strange way we began this Vigil, following the way led by that single candle - the symbol and expression of our community’s prayer, a community created by that candle’s glowing fired ignited for the honor of God. Now a candle – even a big and beautiful one such as this – is still just a candle. The night is still dark, despite all our efforts to the contrary. Life is like that. Hence, the deacon’s prayer on our behalf: Therefore, O Lord, we pray you that this candle, hallowed to the honor of your name, may persevere undimmed, to overcome the darkness of this night.

Just as God once led his Chosen People through the threatening sea and the frightening desert by the light of a pillar of fire, so he continues today to lead his Church through the dangerous darkness of our world by the amazing brightness of the Risen Christ.

In centuries past, the faithful of Rome assembled at nightfall at tonight’s Stational Church, the Basilica of St. John in the Lateran, the Mother Church of both the City and the world, for an all-night vigil, while next-door in the Baptistery the newest members of the Church, solemnly renouncing Satan and all his works and all his empty show, passed through the saving waters of baptism - an experience meant to be every bit as transformative for them as passing through the Red Sea was for the Israelites. The Exsultet expresses how they undoubtedly would have experienced their emergence from that Baptistery in the dawning light of Easter morning: The night shall be as bright as day, dazzling is the night for me, and full of gladness.


And so again it must be for all of us. Whether we are being baptized or confirmed tonight or were baptized and confirmed many decades ago. As at the Passover, so on this most holy Easter night, we each of us experience coming out of Egypt. We each of us experience Christ breaking the prison-bars of death and rising victorious from the underworld. And, as his Church on this most holy Easter night, together we will each of us solemnly renounce Satan and all his works and all his empty show. Then, indeed, this night shall be as bright as day, dazzling and full of gladness.