Easter Prayers: Trying to Keep Up the Rejoicing 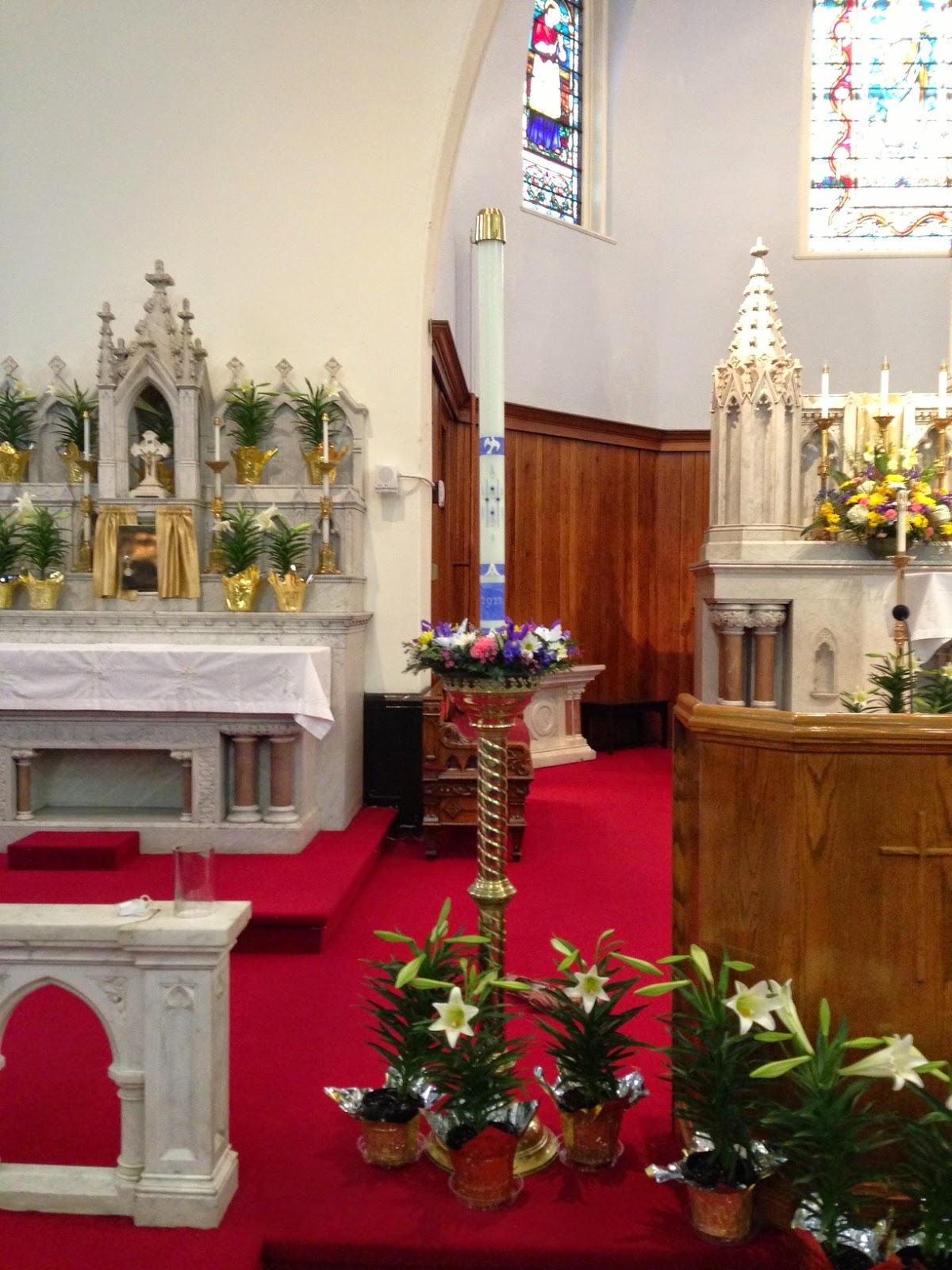 The erudite Fr. Hunwicke - cf Fr. Hunwicke's Mutual Enrichment Blog - http://liturgicalnotes.blogspot.co.uk/2015/04/ovid-liturgist.html - has recently noted the intriguing fact that not one of the 1570-1969 collects for the Sundays after Easter survived on the corresponding Sunday in the 1969 Missal. On the one hand, this may seem to fly in the face of Vatican II's dictum that there must be no innovations in the liturgy "unless the good of the Church genuinely genuinely and certainly requires them" (Sacrosanctum Concilium 23). On the other hand, however, it very vividly highlights the fact that - at least after Low Sunday - none of the post-East Sunday prayers in the old Missal were all that particularly Easter-like.

In fact, the old Low Sunday prayer almost seemed to sound a sort of finale for Easter, rather laconically praying that having finished the Easter festivities we may retain its effects in our life and manners (ut, qui paschalia festa peregimus, haec, te largiente, moribus et vita teneamus.)

Actually, apart from the multiple alleluias all over the place (and saying the Regina Coeli daily in place of the Angelus) there was really relatively little very distinctive about the weeks of the Easter season between Low Sunday and Ascension. In my parish, when I was growing up. even the Paschal Candle was hardly ever lit at Mass during those weeks. In a way, I think, some of this may reflect the psychological difficulty that I have written about before - the practical problem of somehow sustaining Easter festivity for the (especially to our limited post-modern attention spans) seemingly eternally long period of seven weeks. As I have said elsewhere, something about the style and pace of contemporary life makes it a challenge to sustain solemnity. Overall, we are much better at building up to festivity than at prolonging it. That makes the Easter Season something of a challenge, one reason one of my seminary classmates actually argued that the Easter season should be reduced just to Easter Week. (Of course, a cursory look at the nearly empty churches during most of Easter Week - especially as compared with the preceding weeks of Lent - might challenge even that idea. The week that marks the highpoint of the Church's year, the glorious octave of the resurrection, seems increasingly more like a dead time in ordinary parish life.)

The much more intensely observed Easter Week which the early Church knew reflected the widespread experience of numerous adult baptisms and the resulting strong sense of Christianity as an alternative way of life to paganism and the Church as an alternative to the Empire. With the establishment of Christendom, that antithesis was weakened, but it was replaced by a new symbiosis in which religion and culture complemented and reinforced one another. With the triumph of secular modernity, however, that once defining role of the religious calendar in secular life has disappeared. In its place, there is little to remind people to keep up the rejoicing that is Easter's distinctive motif.

The new collects for these Sundays before the Ascension all include some reference to joy or rejoicing. Repetition is obviously one way of trying to make a point. It is a point well worth making. But it seems like an increasingly hard sell!

Of course, as I said on Easter itself, what bigger or better news has there ever been than Jesus' resurrection from the dead? So how do we make that news resonate in post-Christendom's secular calendar as the superlatively good news that it is - news to keep people rejoicing not just for seven weeks but for eternity?
Posted by City Father