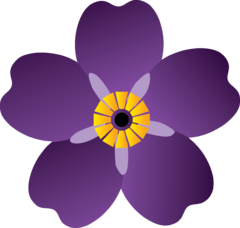 Armenian for "Great Crime," Medz Yeghern is apparently an Armenian term for the Ottoman empire's systematic effort to exterminate its Armenian Christian minority during World War I. It was 100 years ago today, on April 24, 1915, that some 250 Armenian intellectuals and community leaders were arrested in the Ottoman capital, Constantinople - the beginning of the mass killings and deportations that are collectively considered the first genocide of the 20th century. (The photo is of the official Armenian Genocide Centennial Logo.)

An excellent, 5-part, AHCH TV series World War I Apocalypse, episode 2 "Fear," explores how, after the Turkish winter offensive against Russia failed abysmally and no Muslims in the Russian Empire rose up in a Holy War against Orthodox Russia, the Ottomans sought a scapegoat and attacked the Armenian Christian minority and initiated this infamous ethnic and religious genocide. Today, the commemoration of the centennial of this tragic event comes as other Christians are again being persecuted in the Middle East and elsewhere. It is an occasion to recommit ourselves to resisting the religious and ethnic persecution that are so widely on the increase on our deteriorating world.

In our increasingly post-literate world, we have paradoxically become extremely sensitive to the symbolism of words. Similarly, whether or not one refers to the massacre of over 1 million Armenians as "genocide" has become the principal focus of much of the coverage of this sad centennial. Of course, it doesn't help that President Obama, having campaigned on a promise to label the Armenian genocide as such, has steadfastly broken his promise - behavior in noteworthy contrast to Pope Francis' forthright reference (quoting his predecessor Saint John Paul II) to the Armenian genocide earlier this month.

Whatever we call it and whether or not modern Turkey ever completely acknowledges its tragic history, the Armenian genocide stands out both as one of the many moral and social calamities connected with the Great War (as World War I was known before it generated its successor) and a harbinger of more evils to come in the murderous 20th-century. This commemoration - and those of the other tragedies associated with the 20th century - should remind the world of the absurd optimism with which the 20th century began, a faith that century (bookended by brutal Balkan wars) should have forever falsified.
Posted by City Father