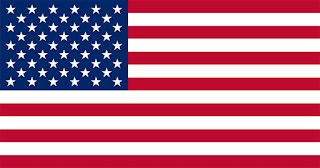 "Presidents Day" is the colloquial, commercially induced, popular name for the Washington's Birthday, the federal holiday celebrated since 1879 on its proper date (February 22) but since the 1971 Uniform Monday Holiday Act on the third Monday of February, hence today. Back when our civic holidays still had their authentic meaning - back before the Uniform Monday Holiday Act distorted them into celebrations of shopping and other activities associate with decadent late capitalism, companies closed on Washington's Birthday and most Americans enjoyed a day off from work. (As school kids in the 1950s and 1960s we enjoyed two such holidays in February - Lincoln's Birthday on February 12 and Washington's on February 22.)

For whatever it is worth, this holiday highlights the supreme significance of the American presidency - from the idealized presidency of George Washington's "Farewell Address" (the annual reading of which will continue today as a Senate tradition) to the degraded presidency of Donald Trump (garishly on display in his recently completed second impeachment trial).
Then as now, Washington was famous not just for being our first president but the first voluntarily to leave office. (In the musical Hamilton, when told of this King George responds: They say George Washington's yielding his power and stepping away. Is that true?
I wasn't aware that was something a person could do). The contrast can hardly be more glaringly dramatic between Washington's trend-setting peaceful transfer of power to his constitutionally elected successor and Trump's lies about the election and his incitement of violent mob action all in order to prevent the peaceful transfer of power to his constitutionally elected successor.
In his 1796 "Farewell Address," Washington stressed the unity "which constitutes you one people" as "a main pillar in the edifice of your real independence, the support of your tranquility at home, your peace abroad; of your safety; of your prosperity; of that very liberty which you so highly prize." However, Washington warned, "much pains will be taken, many artifices employed to weaken in your minds the conviction of this truth; as this is the point in your political fortress against which the batteries of internal and external enemies will be most constantly and actively (though often covertly and insidiously) directed, it is of infinite moment that you should properly estimate the immense value of your national union to your collective and individual happiness; that you should cherish a cordial, habitual, and immovable attachment to it; accustoming yourselves to think and speak of it as of the palladium of your political safety and prosperity; watching for its preservation with jealous anxiety; discountenancing whatever may suggest even a suspicion that it can in any event be abandoned; and indignantly frowning upon the first dawning of every attempt to alienate any portion of our country from the rest, or to enfeeble the sacred ties which now link together the various parts."
Obviously Donald Trump did not invent the "artifices" that have so strongly worked against American national unity throughout American history. He has, however, very effectively exploited the things that make for division and conflict, which in the present historical and political context (ever since the national shift toward democracy with the 1964 Civil Rights Act and the 1965 Voting Rights Act) has meant exploiting white Christian racist resentment and its rejection of the different country America has become. This movement of white Christian racist resentment is neither new nor is it going away. What it has found in Trump (who after Saturday's Senate acquittal praised such "God-and-Country loving citizens") is the kind of charismatic leader whom movements of resentment focus on and are energized by.
Posted by City Father