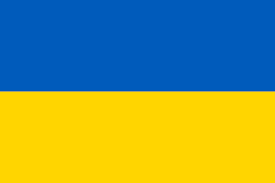 Matthew Yglesias' latest Substack column, "The Case for the Austro-Hungarian Empire," not only rescalls a cause that has long been dear to me but also reminds us once again what a disaster the 20th century really was for Europe (and, by extension, the world) and how so many of our contemporary problems are rooted in the destruction unleashed by World War I and institutionalized by troublemakers like Woodrow Wilson and the very bad post-war "peace" they imposed upon Central and Eastern Europe.

As the world contemplates the latest European calamity, it is helpful to remember that none of Europe's present political arrangements and borders were inevitable, much less inherent in the nature of things, and that the right combination of chance and better leadership might have left us with a better set of cards to deal with. That said, if (as Donald Rumsfeld famously observed) we go to war with the army we have, then we do diplomacy and conduct international relations with the countries, the borders, and the alliances we have, not necessarily those we would have chosen.

All of which is by way of preface to the obvious observation that the world is stuck with a situation which seems unsatisfactory from almost every angle.

To the Russians (or at least to President Putin who may be the only Russian who matters much at the moment), the very existence of an independent Ukraine is something like a historical-cultural insult. To understand the old Soviet Union, an understanding of Marxism may have been of some use, but much more important was an understanding of the old Russian Empire of the Tsars. The Soviet Union (and, after World War II, the Warsaw pact) represented a historical continuation of the old Russian Empire. Its dissolution was experienced by Putin as a complete catastrophe. If anything, the eastward expansion of NATO to the very borders of the old Soviet Union exacerbated that catastrophe, from Putin's perspective. (Whether a non-NATO "Finland"-like reordering of Central and Eastern Europe would have been more palatable to Putin and less provocative in the long-term is one of those alternate histories about which, like the survival of the Hapsburg Empire, we can only speculate.)

To recognize Russian self-understanding and Putin's perception of Russian interests in this area is not to deny Putin's malevolence but simply to recognize the geopolitical facts of the region. When thinking about Russia and eastern Europe, it never hurts to remember Alexis de Tocqueville's 19th-century prediction, which came true in the 20th century, that a democratic U.S. and an authoritarian Russia would be the two dominant powers "to sway the destinies of half the globe." For the last 30+ years, however, Russia has been in dramatic decline and may never recover its diminished imperial power. But we should not be surprised by Putin's persistence in trying to recover as much as he can of that power.

Poor Ukraine is fated by its geography and its history to be "too far from heaven and too close to Russia" (to adapt a familiar aphorism about Mexico's relationship to the U.S.) For all the historical, cultural, and religious ties that relate Russia and Ukraine, the irony is that Putin's menacing aggressiveness may have done more than anything else to push Ukraine to seek a closer connection with the West. Under the best of conditions, this would have been a difficult balancing act. Whatever the outcome of the immediate crisis, :Putin seems to have guaranteed a greater long-term conflict, whether that takes the form of continued resistance and guerilla warfare (a la Afghanistan) against invading Russian forces or or some more modest resistance to some more modest Russian provocations.

Whether it was or wasn't a good idea to expand NATO in the aftermath of the fall of the Soviet Union can be debated endlessly, but the fact is that it has happened and that the current balance of power in Europe presupposes it. (Expanding NATO may have been a well intentioned assist to the newly liberated struggling  states of eastern Europe. It may also have been a foolish act of American hubris highlighting American ignorance of the region's geography and history. Either way, we are stuck with it, just as we were stuck with the earlier dissolution of the Hapsburg Empire, that set the stage for so much of the present mess.)

Ever since the end of the Soviet Union, NATO has struggled with its internally divisive forces. Paradoxically, Putin, who presumably wants most of all to diminish (if not destroy) NATO, has now strengthened the alliance, which, under President Biden's courageous leadership, has rediscovered (at least temporarily) some of its old unity and sense of mission. While this is undoubtedly a good thing for the U.S. and for NATO, it remains to be seen how sustainable such renewed unity and sense of purpose will be. Meanwhile, Putin's aggression has resulted in more NATO troops on his border, rather than the diminished NATO that must have been his goal. But what excuses for provocation and opportunities for miscalculation may lie in this?

Finally, the U.S., after the unfortunate experience of the Trump presidency, now has a president who is not enthralled by Putin and who has rediscovered America's national interest in a stable European order in which Russian expansionism is contained. Biden, like Putin, was formed in the crucible of the Cold War. He recognizes the Russian threat that Tocqueville predicted, better perhaps than some of his recent predecessors did. Yet, the country that successfully fought the Cold War has notably changed since then. While Russia has been in steady dramatic decline, so, in its own way, has the U.S., although admittedly not in the same ways. Whether the post-Trump U.S. is actually capable of sustained international leadership remains an open question after its adventurism in Iraq and Afghanistan and the failures of those adventures. Those adventures may have been well intentioned, and one can construct alternative histories in which they ended better than they did, but the actual "facts on the ground" created by our recent history seem much less promising.

Of course, the U.S. remains the preeminent military power in the world, and (apart from nuclear weapons) Russia  is only notionally a major power. But the U.S. is struggling with its own self-induced internal decline, which may be this country's real long-term problem. In this regard, I was struck by something in (of all places) yesterday's Wall Street Journal. In a column entitled "How the U.S. and Europe Lost the Post-Cold War," Gerard Baker wrote:

The larger problem is that we in the West, in the U.S. especially, have been losing the  war from within. Victory in the Cold War bred complacency, a loss of a defining sense  of purpose. We failed to meet the most basic needs of many citizens for economic  security, opportunity and belonging and in the process stoked resentment and  political backlash. We failed to remember, respect and preserve the civilizational virtues that had driven our victory in the first place.