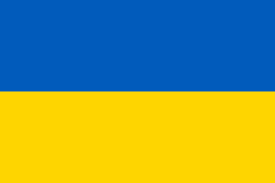 War is nothing new, nor has it historically been uncommon. Thus, the Gates of Ancient Rome's Temple of Janus, which were open in times of war and closed in times of peace, were continuously open for hundreds of years of Roman history.  Yet we always seem to be surprised when war happens.

As they did to Poland in 1939, the Russians have now invaded Ukraine, and the Ukrainians are courageously fighting back - alone - against overwhelming odds. Given the stated non-intervention policy of the United States, which for a variety of reasons (not all of them entirely bad) has increasingly been been displaying its old-time religion of isolationism, it is hard to envision any kind of Ukrainian happy ending to this 1930s-style tragedy. At best, one can conceive competing scenarios, some worse than others, but none of them good - either for Ukraine or for Europe or for a stable and secure international order. Short of direct military action, the rest of the world's tools to combat Russian aggression are more limited than we would like to admit. (Even so, there probably are measures which could be taken to damage Russia's economy and hurt the oligarchs who are President Putin's primary base of support. But Putin himself if likely impervious to such measures.)

Ukraine is not a NATO ally. But the former Soviet republics of Estonia, Latvia, and Lithuania are - fortunately for them. So are most of the former Warsaw Pact Soviet "satellite" states. The debate about whether it was wise to expand NATO to include so many more new members has now been settled - by Vladimir Putin himself. (In the light of this Russian aggression, some are now speculating that Finland and Sweden might join NATO.) He has proved the point of NATO and confirmed Alexis de Tocqueville's famous prediction of the geopolitical Russian threat.

Responding to that threat will require a coordinated common commitment on the part of the U.S. and Europe not really seen since the days of the Cold War. Putin probably doubts whether either Europe or the U.S. has what it takes to assume the responsibilities and accept the sacrifices which previous generations did.

Jimmy Carter's U.S. National Security Adviser Zbigniew Brzezinski is supposed to have said: “It cannot be stressed enough that without Ukraine, Russia ceases to be an empire, but with Ukraine suborned and then subordinated, Russia automatically becomes an empire.” Whatever else may be said about Vladimir Putin's aspirations, he is a wannabe Tsar whose aim apparently is the restoration of as much as possible of that old "Evil Empire" we all worried so much about back during the Cold War, that Cold War "Evil Empire" which was itself just a more dangerous, 20th-century iteration of older Russian imperialist aspirations

It remains to be seen whether and how the U.S. and Europe may disprove Putin's doubts about our readiness to assume responsibility and accept sacrifice to contain his empire as that of his predecessors was contained.