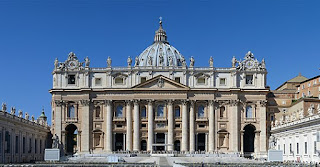 In December 1831, having reflected on the U.S. constitution and The Federalist Papers, French aristocrat Alexis de Tocqueville (1805-1859), then in the course of his momentous visit to America, observed that “only a very enlightened people could have created the federal constitution of the United States, and that only a very enlightened people singularly accustomed to representative forms is capable of operating such a complicated machine and of maintaining within their separates spheres the various powers, which otherwise would not fail to clash violently with one another.”
Tocqueville was not alone in stipulating the pre-requisite political culture presumed to be required for a particular political system such as that of the U.S. to perdure. Thus, John Adams famously wrote: "Our Constitution was made only for a moral and religious People. It is wholly inadequate to the government of any other" (To the Massachusetts Militia, October 11, 1798).
Tocqueville's particular contribution involved assessing the viability of a modern liberal polity characterized by a lack of a historical pre-liberal alternative. The traditional pre-liberal alternatives included monarchical and aristocratic arrangements, but also other cultural components, most notably some version of union of throne and altar, whether as actual empirical reality or an idealized integralist aspiration.
Tocqueville saw in the U.S. an alternative to all of that. Hence his fascination with religion's role in 19th-century American democracy and especially (for obvious personal reasons as a French Catholic aristocrat) the surprising compatibility of Roman Catholicism with American democracy, a recognizable reality in place well before the official Catholic magisterial rapprochement with modern democratic pluralism in the mid-20th-century.

Tocqueville appreciated the problem posed by the fundamentally fragmented character of modern society with its fragile connections among individuals, and the dilemma of how to create a community capable of uniting individuals consistent with a regime of liberty. In 19th-century Europe, the Catholic Church was struggling to survive as an institution against an increasingly liberal political order that sought to constrain it.  In surviving liberalisms's assaults, the 19th-century Church sought to counteract the social fragmentation associated with liberalism and to reconnect increasingly isolated individuals into a community by preserving, repairing, or restoring religious bonds. Accordingly, in Democracy in America, Tocqueville recognized “that the Catholic religion has erroneously been looked upon as the natural enemy of democracy,” but he observed that , while American Catholics were "faithful to the observances of their religion," they nevertheless constituted "the most republican and the most democratic class of citizens which exists in the United States."

However counterintuitive that then seemed on both side of the Atlantic, it became one of the major projects of a certain development of 20th-century Catholic political philosophy to make something like that American accomplishment normative for the new post-Christendom era in which we now find ourselves. One of the preeminent architects of this project was the French Catholic convert and Thomistic philosopher Jacques Maritain (1882-1973), who without actually disowning the "sacral society" associated with the Catholic Middle Ages, attempted to express a completely new relationship between religion and modern, democratic, pluralistic, post-confessional societies.

What Maritain attempted to mainstream in 20th-century Catholic political philosophy could be called "A Gentler Christendom." That is the title of a recent First Things essay (originally delivered as a lecture for the Morningside Institute) by conservative Catholic author and NY Times columnist Ross Douthat, who argues that Maritain "was essentially describing something like the mid-century American model of church-state relations, of Christian politics playing out in a pluralist society, albeit reimagined in his argument for a society with a Catholic majority rather than a Protestant one." Douthat sees Maritain's model "in the role that Protestant churches, eventually joined by the Catholic Church, had played in the United States for generations." In this model, Douthat suggests, "the state could disentangle itself from the church without disentangling Christianity from politics, without undermining Christian faith, without even abandoning the ideal of Christendom itself."

I think Douthat's description does justice to what Maritain was doing, while also recognizing how Maritain's "optimism was timebound and ill-fated." Yet, contrary to contemporary integralist interpretations, Douthat defends the long-term viability of aspects of Maritain's model. Thus, he argues against the more integralist claim that it has been primarily secular (and anti-Christian) state power that has driven "American Christianity's retreat." Instead he highlights later internal Christian divisions, the "failure to respond effectively to social and economic and technological changes," and "theological civil wars and failures of leadership." He points out how the justly famed American Catholic subcultural infrastructure had flourished during earlier period of anti-Catholic opposition only to collapse a century later "because of terrible internal divisions over how to adapt, or not, to the social trends and changes of the era," as well as the triumph of "therapeutic forms of spirituality," and he juxtaposes all that with the even more dramatic collapse of pre-pluralist, more traditionally integralist models in Quebec, Spain, and Ireland.

The empirical evidence, for Douthat, rather "suggests the moral and spiritual advantages of putting limits on faith's temporal ambitions, and trying to wield power within pluralism rather than over and against it." He concludes "religious power wielded too much against pluralism, with political ambition substituting for real faithfulness, will corrupt and enervate and bring about its own reward."

Presumably representing an integralist alternative to Douthat's Maritain-modelled "Gentler Christendom," Edmund Waldstein highlights how "secularism has always opposed Christianity in the name of freedom," and that the Enlightenment turned "the spirit fo Christian reform" against Christianity. He suggests that Maritain's "less subtle followers" may have conceded "that the church had been the enemy of human freedom, and secular Enlightenment its tru defender." His alternative model is how he interprets the Church's 16th-century Counter-Reformation strategy "not to water down Catholicism, but to radicalize it, to draw more deeply from the sources of tradition to invigorate the present."

In response to Waldstein, Douthat agrees on "restoring a thick and rigorous internal culture for the faith, after so much thoughtless iconoclasm, moral laxity, and bland cultural conformity." But he questions Waldstein's assumption that that calls for a full integralist political theology that "political life, too, must submit to God." Among other things, Douthat sees in this a misplacing of priorities. "The two immediate realities of the church in much of the world today are institutional crisis and numerical collapse," which suggests "that the church needs to figure out how to govern itself before it aspires to any other sort of governance, and hoe to preach the gospel of Jesus Christ more effectively before it imagines itself ruling a society it has reconverted."

Finally, he challenges integralism to answer "why its vision was ultimately abandoned by so many within the church itself." If, Douthat challenges integralism, those who ultimately dismantled integralism were "people who thought of themselves as faithful Catholics, and if this happened in different ways almost everywhere at once, then anyone who wishes to restore such a system needs a clear account of why Catholics themselves so universally rejected it." By way of illustration, he notes that Quebec and Ireland "in the first half of the twentieth century simply did not feel like shining examples of Christian freedom lived in obedience to truth."

He concludes "the record requires more than a few concessions to tolerance and mercy" and "requires a greater reckoning with why that form of Christendom was both defeated and abandoned and an account of why its revival would not bring the same unhappy destination round again."

As Tocqueville once told his colleagues in the French parliament: "believe me when I say that the real cause, the effective cause that deprives men of power, is this: that they have become unworthy of wielding it.”

It seems Tocqueville and his American religious contemporaries may have been on to something after all.