Re-Encountering the Rituals of Mourning 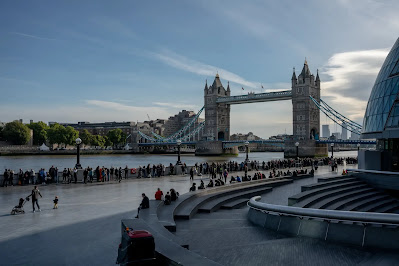 The recent, televised-around-the-world state funeral of Queen Elizabeth II and the ten days of national mourning which preceded it represented a sudden collective re-engagement with the traditional rituals of mourning, which a post-modern, secular society seemed to be shedding at an indecently rapid rate. Of course, the very public nature of a state funeral and the widespread interest it evokes inevitably make it a very distinctive experience, which obviously cannot be replicated at the more private level of an ordinary individual in an ordinary family. Apart from size and scale, however, it was once more plausible to see in such an occasion essentially a grander expression of what went on in smaller, more modest settings when dealing with the experiences of death and mourning.

Thus, for example, in the aftermath of President John F. Kennedy's grandiose stare funeral in November 1963, my high school religion teacher used the opportunity to point out to us the fundamental similarities between the President's funeral and that of any other ordinary Catholic. I thought at the time that his lesson was somewhat contrived, given the obvious uniqueness of the ceremonies surrounding a state funeral and national mourning. On the other hand, having been an altar boy and having served many funeral Masses during those years - at a time when all funerals were ritually virtually identical - I could see his point. At that time (and for centuries before) the primary purpose of a Catholic funeral was unambiguously and singularly clear. It was to intercede on behalf of the departed for his or her eternal salvation. Surrounding that single-purpose religious rite, a whole host of social customs and related rituals had evolved to facilitate the mourning process, to guide the grieving community safely through its sorrow and then back into everyday life. If at a state funeral the grieving community constituted the entire nation, at an ordinary funeral the community was primarily the deceased's family and his or her extended communities of town or village or - in mid-20th-century urban America - neighborhood and parish.

But that was then, and this is now. The nation remains. It remains singularly the only community of sufficient size and scale to meet its citizens' common needs and the only community with sufficient historical and symbolic claims on people's primary loyalties. As such, it can still successfully put on a state funeral and engage its citizens in the tried and true rituals of public, communal mourning. For most ordinary people, however, the traditional communities within which and by which they might have been ritually mourned - mainly family and church - have been devastatingly weakened by the corrosive forces of modernity. Families are fewer, smaller, more scattered. Churches play less and less prominent a role in ordinary people's lives and have increasingly lost the self-confidence required to reassert their role in a meaningful way. The nation remains real enough for its members to experience common grief and participate in common rituals.  But, as families and churches become less salient and in almost every relevant way weaker, ordinary people's experience of grief is increasingly privatized and unmoored from the common rituals which once existed in order to help them make sense of their experience.

Thus, it seemed to me both unsurprising and altogether appropriate that some of those queuing up to mourn their queen also referenced relatives and friends who had died, many of whom may have been deprived of any meaningful funeral rites and their mourners likewise deprived of meaningful ceremonies through which to ritualize their experience. The royal funeral was, first and foremost, a celebration of civic identity and communal connection, as well as a genuine expression of affection for a much beloved monarch. Simultaneously, however, it also functioned as a somewhat vicarious substitute for once meaningful communal rituals which increasingly weak families and increasingly irrelevant churches no longer seem to be able to perform - at great social and psychological cost to us all.