The Challenge of the19th Amendment at 100 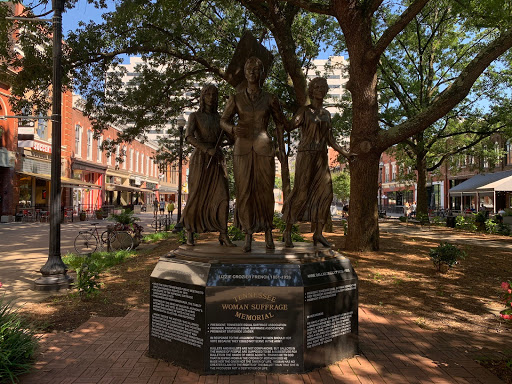 At the breakfast table in Season 3, Episode 4, of Downton Abbey - a table where only men and unmarried women eat breakfast (married women having their breakfast served to them in their rooms in bed) - Lord Grantham suddenly announced that "Tennessee has just ratified the 19th Amendment." Not only did Matthew Crawley and Lady Edith need to have that explained, but one suspects so did the contemporary British TV audience (and perhaps some American audiences as well).

But it was true. On August 18, 1920, Tennessee made good history, by being the 36th state to ratify the 19th Amendment, the decisive final ratification that guaranteed to women the right to vote throughout the United States. (This surpassed the British practice at the time which, as Lady Edith lamented only gave the vote to women who were  over 30 years old and a householder.)

Of course, many American women already had the right to vote - in certain more progressive, mainly western states - even before the 19th Amendment. And, more to the point, many other women - African-American women in the south, together with African-American men in the south - still had to wait for progress to reach them. But progress did come. In 1964 the 24th Amendment abolished the poll tax. Then the 1965 Voting Rights Act was the landmark legislation by which Congress finally stepped up to its 15th-amendment responsibilities and sought to curtail voter suppression in certain states.  Finally the 26th Amendment lowered the minimum age for voting to 18.

But, of course, such progress has increasingly met with greater resistance, especially as the electoral benefits to the Republican party of making it harder for certain groups to vote have become evident. One of the Republican-controlled Supreme Court's most damaging decisions, Shelby County v. Holder (2013), decisively weakened the 1965 Voting Rights Act and so made it easier for states with established histories of voter suppression to create new obstacles to voting.

Today's centennial seems as appropriate an occasion as any to remind ourselves as a country of the basic democratic proposition that voters should choose their representatives - rather than letting the latter entrench themselves and the interests they serve by letting them choose who gets to vote.