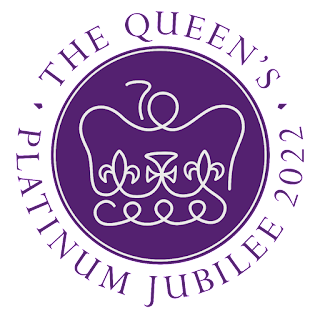 On April 21, 1926, the city of London awoke to booming gun salutes celebrating the birth of a daughter to their Royal Highnesses the Duke and Duchess of York. The newborn Princess Elizabeth was then third in line to the British throne - after her still unmarried uncle, the Prince of Wales, and her father, the two eldest sons of King George V and Queen Mary. As such, she was hardly expected ever to inherit the throne. But British politician and diarist "Chips" Cannon (1897-1958) somewhat prophetically wrote, "I have a feeling the child will be Queen of England." Cannon's "feeling" famously came true. In 1936, the Prince of Wales would accede to the British throne as King Edward VIII and abdicate in less than a year, thus fulfilling his father's fearful prediction in a letter to Prime Minister Stanley Baldwin in 1934,  “After I'm dead, the boy will ruin himself within 12 months.” Then, in 1952, after admirably leading the United Kingdom and the Commonwealth through the Second World War, King George VI died, at the relatively young age of 56, and was then indeed duly succeeded by his 25-year old daughter, Elizabeth II, who this year celebrates 70 years on the throne, her "Platinum Jubilee" - longer than the Austrian Kaiser Franz Josef's memorable reign of 68 years.

In these final years of her lengthy reign, Elizabeth II seems to have taken on some of the symbolic resonance of Emperor Franz Josef in his later years, when he functioned as the paternal symbol holding together his fractious multi-national family.

Queen Elizabeth's Platinum Jubilee is a personal tribute to the important part she has played in British and Commonwealth life for these 70 years - through 14 British prime ministers, 13 U.S. presidents, and 7 Catholic popes. It should also be an act of gratitude for Britain's good fortune in having such a resilient institution as the Crown. (It is worth remembering how unsatisfactory the alternative American presidential system has proved. The newly independent United States replaced the British parliamentary model with a novel presidential one, which has seldom been adopted by authentically democratic states. Most European democracies, which in the 20th-century were deprived of their monarchies because of the vicissitudes of war, have nonetheless retained the parliamentary model rather than adopting the American presidential one.)

Queen Elizabeth is also, of course, the Supreme Governor of the Church of England. Even more importantly, she is personally a devout Christian whose life has been shaped by her sense of vocational commitment. Nowadays, we regularly lament the paucity of vocations to priesthood and religious life (and increasingly also to marriage and parenthood). There are, of course, many factors that contribute to this problem. But one factor for certain is simply the loss of a real sense of vocation itself, the idea that one's entire adult life be given over to a purpose greater than oneself and which is not about one's individual autonomy or personal choices. The Queen's lifelong commitment to her vocation, ritualized at her solemn coronation in Westminster Abbey 69 years ago today, has made her the most vivid exemplar of what it means not only to have a vocation but also to persevere in being guided by one's vocation for the long haul.

Thy choicest gifts in store/ On her be pleased to pour/ Long may she reign!