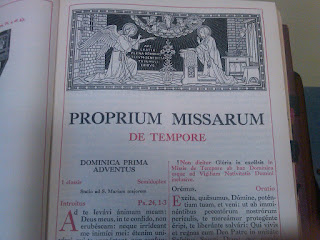 As we get closer to December 21 and the supposed end of the so-called Mayan Calendar, there's been even more than the usual amount of end-of-the-world talk in the media. A few years back, when the movie 2012 came out, I watched a TV interview with someone who had been stocking up supplies in anticipation of the assorted calamities predicted to occur in the real 2012 – that is, later this month, if all the superstitious scare-mongers are to be believed. What struck me most about that interview was how the man being interviewed and his interviewer both kept referring to “the end of the world.” But, obviously, if you’re stocking up supplies, then you must be expecting (or at least hoping) to survive the disaster. In that case, whatever else it may be, it’s hardly “the end of the world.”


One could, of course, talk that way and not really mean the earth’s total destruction but just the end of civilization as we know it, which is typically what such disaster movies are all about. The world’s actual end may be more than even disaster-fans really care to contemplate. Add to that the prospect of divine judgment, and we’re getting into some really scary stuff! No surprise then that the early Christians prayed, in Tertullian’s famous phrase: “for Emperors, their ministers, for the condition of the world, for peace everywhere, and for the delaying of the end.” Yet that “end” is precisely what the Church challenges us contemplate today, as indeed it does every Advent.


When I was a boy, before our feel-good therapeutic culture took over, those words were sung at every Catholic funeral. But in fact the Dies Irae began its life actually as an Advent hymn. Advent acknowledges the fear that people have always felt about what lies ahead. As Jesus himself said in today’s Gospel, People will die of fright in anticipation of what is coming upon the world. [Luke 21:26].


Advent originated, after all, as an annual period of repentance focused on preparation for Judgment Day, and the Dies Irae’s somber sentiments served to concentrate people’s attention on Christ's final coming at the end of time as judge of all the world.


Advent, however, is also about hope. The same Jesus also said, when these signs begin to happen, stand erect and raise your heads because your redemption is at hand [Luke 21:28].


Actually, Advent is about both fear and hope – both the passing of another year and our hopes for a new one, both the darkness of winter and the living light of Christ coming to make everything bright and new, both the end of this world and the coming of God’s kingdom.


After all, we don’t celebrate Christmas in June, when the sun is high and the days are bright. We celebrate it now, when the days are dark and the nights are long, when we must search in the darkness to recognize the bright light of God’s kingdom coming into our world.


In the dark winter’s night, full of fear, danger, doubt, and anxiety – in this long night of the present – between Christ’s 1st coming and his hoped for final advent, Jesus bids us: Be vigilant [Luke 21:36].


There is plenty of darkness to go around. We all have our painful memories of personal failures, lost opportunities, unfulfilled longings, and ruptured relationships - all of which seem to haunt us even more intensely at this time of year. And then there is the worldwide darkness of our anxious, conflicted, war-ravaged time. Jesus was born in an anxiety and conflict-filled world - in that regard at least not so unlike ours. Then as now, people were on the lookout for something or someone - in their case, the Emperor Augustus - that could make things right, or at least make a difference. Then as now, such stopgap solutions proved temporary at best, illusions at worst. In the midst of so much darkness, Advent challenges us to recognize God's solution - the coming of Christ bringing light into anxious lives and a worried world.


In the words of Paulist founder, Servant of God Fr. Isaac Hecker, There is little or no hope at all of our entering into the kingdom of heaven hereafter, if we are not citizens of it here. If Christ is to be to us a savior, we must find him here, now, and where we are; other wise he is no Christ, no Saviour, no Immanuel, no “God with us” [Questions of the Soul, 1855].


Advent is a winter wake-up call to face up to our responsibility to live our lives like people whose God really has come. And, if God’s coming into our world means anything, it means a change so thorough that nothing should ever be the same again.
Homily for the 1st Sunday of Advent, Immaculate Conception Church, Knoxville, TN, December 2, 2012.
Posted by City Father