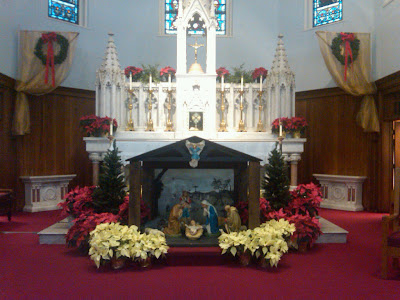 By now most of us have probably seen the famous photo, taken by a tourist from Arizona some six weeks ago on November 14, on 7th Avenue at 44th Street in New York City – the by now familiar story of how NYPD Officer Larry De Primo went into a local store and bought a pair of insulated winter boots and thermal socks, then knelt down, and put them on an apparently homeless man. In our overly interactive and scandal-obsessed society, we have all become accustomed to what were, once, private indiscretions becoming instantly public - in most cases to nobody's real benefit. Now it seems that even individual and private acts of charity are also likely to get captured by someone's smartphone and sent around the world – “going viral,” to use the common, current expression. But, unlike the popular scandals of people's private indiscretions going public, scandals which bring us no tangible benefit beyond entertainment, such individual acts of private charity do bring benefit – first of all, to the person on the receiving end, whatever his or her actual circumstances and whether or not he or she puts the benefit to good use. But beyond that, the story having gone public, we all benefit in some sense. Certainly society benefits, when we are so vividly reminded of our connectedness and maybe moved to do something similar someday, some time, to someone, somewhere. At minimum, it makes for a nice, “feel-good” story in the midst of so much depressingly sad news – shootings in schools, malls, movie theaters, and temples, civil war in Syria, the “fiscal cliff” in Washington, etc.