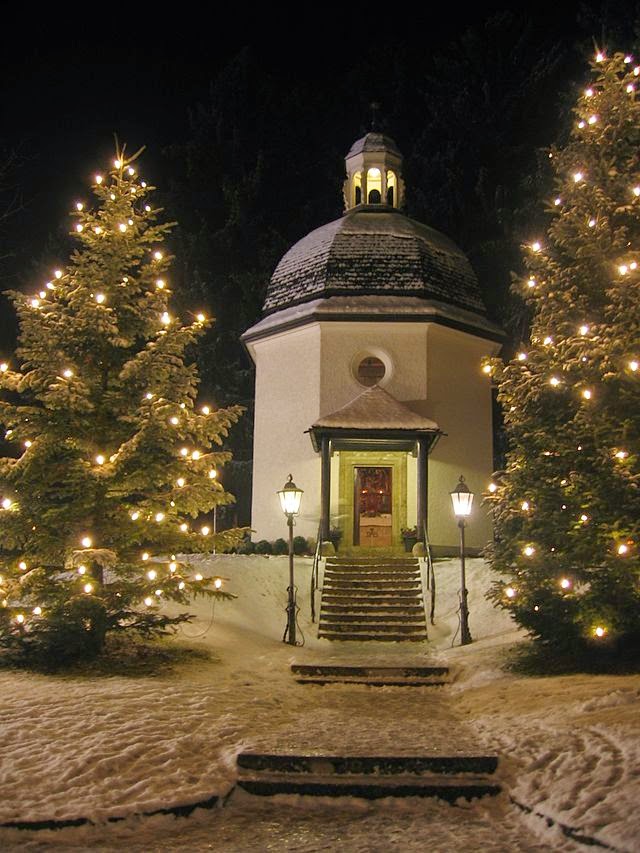 Yesterday, I started playing Christmas carols in my car. Had I driven to the Louisville Province Meeting in Nashville earlier this week all alone, I'm sure that would have been the obvious occasion to start playing my Christmas CDs. As it was, that seemingly interminable trip was humanized (to the extent that driving can ever be humanized) by the presence of two colleagues as my companions. Given a choice between conversation and Christmas carols, clearly I'll choose conversation any day!

That said, I do cherish my Christmas music and look forward to being surrounded by the sounds of the season throughout this wonderful month of December. There is something special about the way the multitude of familiar Christmas carols convey the multiple emotions and sensations of the season so well - its solemnity, its cheer, its generosity, and even its schmaltzy sentimentality. And carols, heard and sung since childhood, have a way of staying with you. Anyone can sing them, and almost everyone does.

Some carols - like Adeste Fideles and Hark, the Herald Angels Sing - proclaim the awesome mystery of the Incarnation exuberantly and triumphantly, while others  - like Lo, How a Rose E'er Blooming and  Silent Night - do so softly and meditatively. Some are just fun - like Deck the Halls, Here We Come a Caroling, and The Twelve Days of Christmas. Some never fail to make me weepy - like listening to Judy Garland's rendition of Have Yourself a Merry Little Christmas.

Contemporary efforts to expand the traditional repertoire may merit mixed reviews at best, but some modern compositions have worked amazingly well - for example, Pietro Alessandro Yon's 1917 composition Gesu Bambino. (Brought over from Italy in 1907 to serve as organist at St. Francis Xavier in Manhattan, Yon eventually became organist at New York's St. Patrick's Cathedral. It is always a special treat to hear Gesu Bambino sung there in that beautiful place, accompanied by the Cathedral's grand organ.)

Modern recordings make it possible to hear and love carols from different cultures originating in Christmas customs all over the world, while many of the most familiar and popular carols are sung so widely in so many languages that they are truly universal treasures, irrespective of place of origin. Perhaps the best example of that, of course, is Silent Night. First sung in German in Oberndorf bei Salzburg, Austria, in 1818, it has long since been translated into so many languages and is so universally sung  as to truly belong to the world as a whole. Fittingly, it was Silent Night that the German, French, and English-speaking soldiers all knew in their own languages and so all sang during the famous 1914 "Christmas Truce." (The photo above is of the 1937 chapel built to commemorate the site of the little village church of St. Nicholas where Silent Night was first sung.)