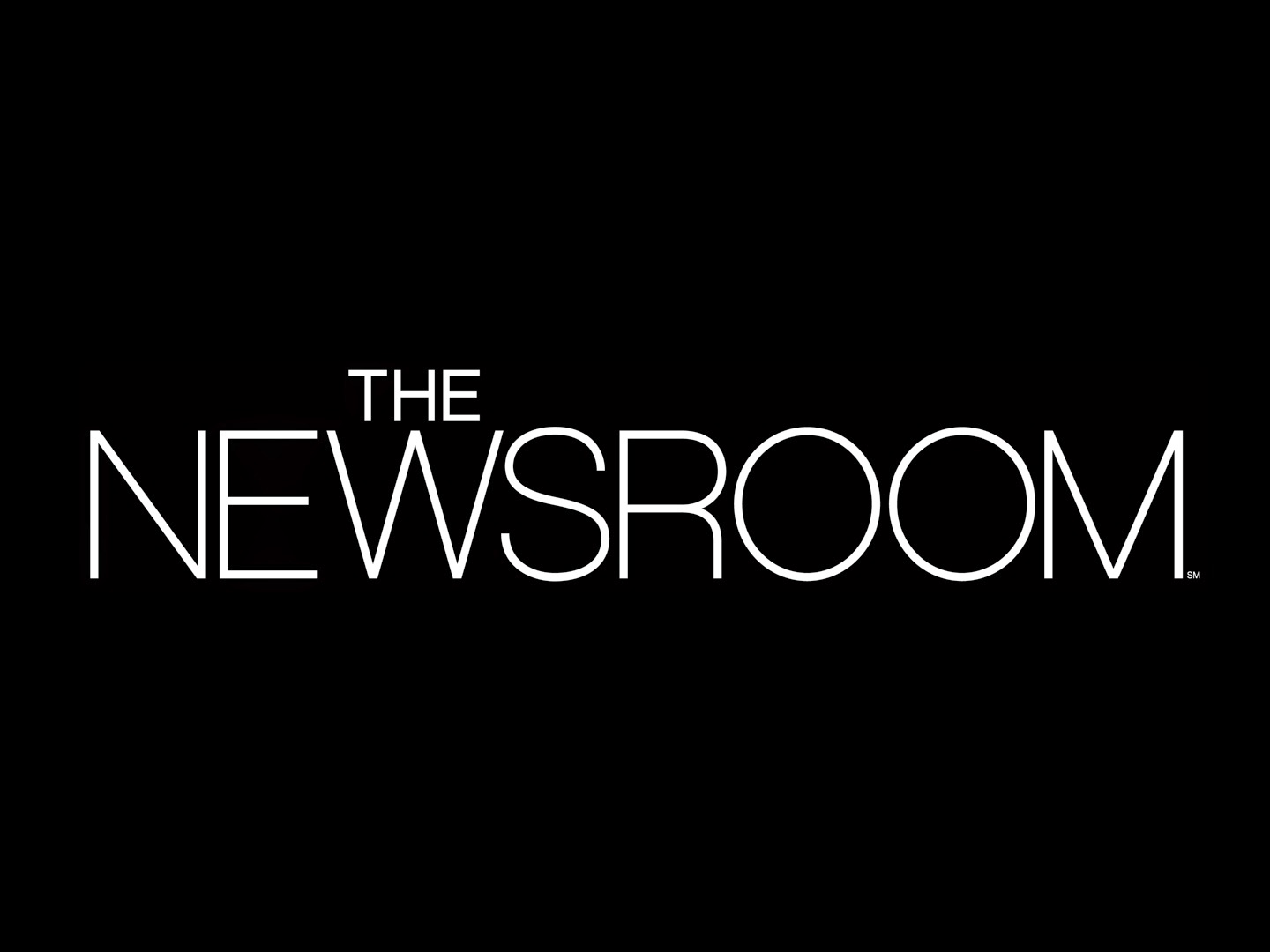 Finally, the finale of Aaron Sorkin's The Newsroom! For its many critics, I suppose the finale couldn't have come too soon! However one felt about the series overall, it is hard to say to much about its final episode, so much so that the less said the better. Even so, since that is after all what one does on a blog, I will endeavor to say something.

Frankly, I found the whole flashback motif to sometime before Season One somewhat trying. Perhaps the flashbacks might have made more sense somewhere in Season One itself, where how Charlie hired Mac and the evolution of his plan to transform Newsnight with Will would have seemed more pressing and relevant. As it was, it seemed like really old news - more like a device to keep Charlie (now sadly dead) still a player in the final episode or, even worse, just something to fill in the time. But there were several loose ends from Season Three that could have better filled in the time.

After all, Will has just spent 52 days or so in jail for refusing to reveal his (actually Neal's) source. One would think his return to the network would have warranted more attention - along with some serious discussion of the ideological stubbornness that caused his imprisonment (the moral righteousness of which seems simply presumed). Nor was Will the only one returning to ACN. Neal - one of the show's most compellingly attractive characters - has also returned from his exile in a country without an extradition treaty to the U.S. Whatever one thinks of the underlying ideology that caused him to exile himself, surely his personal courage, etc., might have merited something more - more attention, actually any attention at all - in the final episode. Surely, someone could have met him at the airport and given him some sort of welcome. Or, alternately, he could have made it in time for the funeral. Instead, all we got was a silly scene in which he - first technologically with his phone and then verbally in person - humiliates his pathetic replacement from his morally superior high ground.  The problem, of course, is that his replacement never aspired to the morally superior position staked out by Neal, et al., in the first place. He is just an utterly uninteresting hack, just doing the job he'd been given by his post-modern boss.

The Episcopalian funeral service was a nice touch. As was the naval hymn, which always reminds me of John Kennedy's funeral from an earlier and better time in American history. (Whether evoking Kennedy was also Sorkin's intent I have no clue.) Religion's occasional appearances in The Newsroom are always awkward and seem to require "balance." Thus the positive impression of religion conveyed by Will and Mac's sort-of Catholic wedding in the previous episode gets balanced in the finale's flashback by Charlie's gratuitous attack given the number of other news issues he could have cited to make his point) on the Church and Pope Benedict.

The really nice touch, I suppose, was Mac's pregnancy. In a series seemingly so committed to post-modern sexual norms, it was nice to see the principal characters reverting to more traditional human familial values. Becoming a father sets off all sorts of reactions in Will, which leads him to a sort of practice run at playing Dad with Charlie's mourning grandsons (all of which we had also - probably unnecessarily - been prepared for by the flashbacks.) The musical jam session in the garage (in which Jim also participates) was sentimental schmaltz, but in its own way a nice touch - showing Will and Jim as human beings who are more than their apparently all-consuming careers.

In the end, it was the intersection of personal and political in the lives of the show's major characters (especially the younger ones) that made the series attractive, regardless of - perhaps even in spite of - the show's tiresome ideological smugness and preachiness.