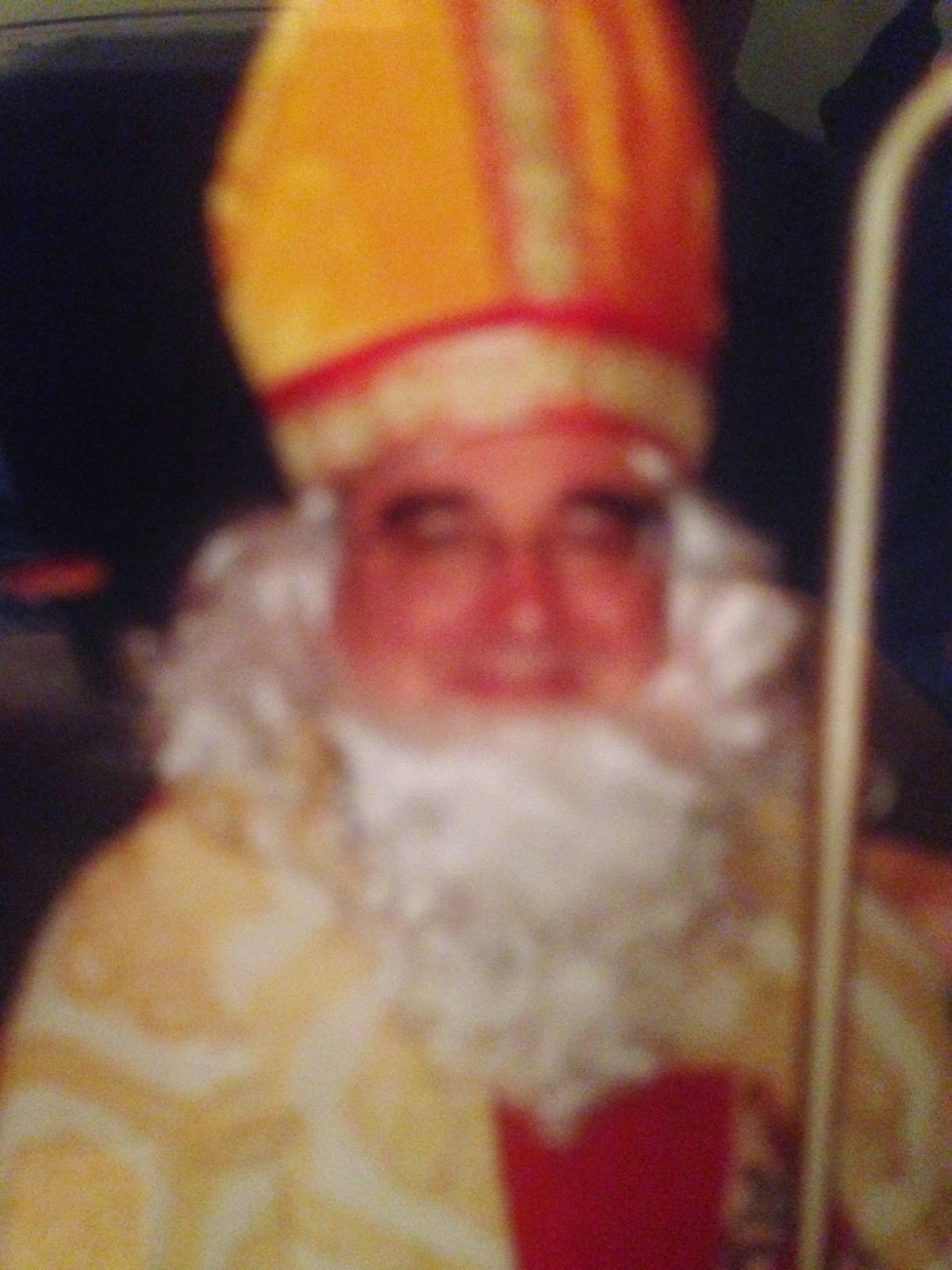 For several years, it was my special task to play Saint Nicholas at the "Winter's Eve" celebration at Midtown Manhattan's St. Paul the Apostle Church. "Winter's Eve," on the first Monday after Thanksgiving, was a local celebration in the Lincoln Center neighborhood on the night of the Tree-lighting at Lincoln Center for the Performing Arts. It involved local establishments hosting various events. We had an "open house" in the church with carol-singing, wintry refreshments, etc. At some point, a visit from St. Nicholas became a traditional part of the program at St. Paul's.  I was the first to play St. Nicholas (see photo) and did so until transferred to Knoxville in 2010. (I believe this year's Saint Nicholas is the third person to have played that role after me.)

St. Nicholas still comes in person in parts of Europe - notably the Netherlands, Germany, and Austria - and there are many popular traditions connected with his visit on the eve of his feast, which falls annually on December 6. In December 1981, when I was a Paulist novice in rural northern New Jersey, December 6 fell that year on a Sunday. That morning, we all awoke to find a stocking outside each of our doors, with various personally appropriate items chosen for us by our devoted novice master.

In 19th-century New York, Clement C. Moore famously re-costumed St. Nicholas into our contemporary Santa Claus.  Santa has since spread all over the world, overshadowing his original persona as the saintly 4th-century Bishop of Myra in Greek Asia Minor (modern Turkey).

True, today's department-store Santa serves the devilish demon of profit and is thus at best an imperfect intimation of the spirit of Saint Nicholas. Still, some of that spirit survives even in spite of everything. Whether acknowledged or not, Santa's amazingly generous gift-giving each Christmas still celebrates the amazing generosity of God who gave the world the gift of his Son at Christmas and continues to do so for the rest of history in the life of his Church. The real St. Nicholas responded to God's great generosity concretely in his own faithful and holy life of generous love for others in need. And, whether attired as the real bishop he was or as Clement C. Moore comically re-constumed him, he continues to exemplify God's generosity and call us to imitate it.
Posted by City Father