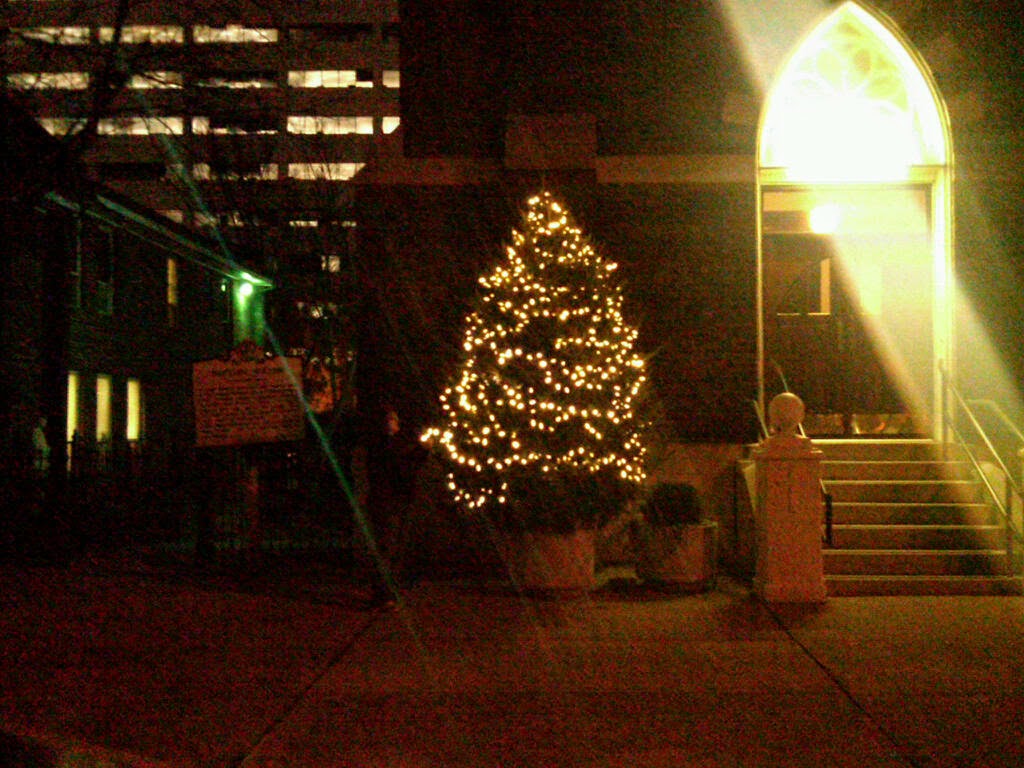 On Christmas Eve, I will joyfully celebrate the traditional Mass at Midnight. But, untraditionally, this will not be the first Christmas Mass in the parish - nor will it likely be the best attended.

This week, The Tablet has an interesting article on the gradual but evident disappearance of Christmas Midnight Mass from contemporary English Catholic life - http://www.thetablet.co.uk/news/1539/0/midnight-mass-the-ritual-under-threat-from-drunken-yobbos-and-a-drastic-shortage-of-priests. The phenomenon which the article addresses also occurs here in the United States. There are, of course, any number of contributing factors, but one obvious factor (which the article itself acknowledges) is the modern option of celebrating Christmas Mass at an earlier hour in the evening - actually just a special instance of an option now available every week since the late 1960s.

Way back when I was a novice in 1981-1982, one of the many priests who came to talk to us during the year lamented how the introduction of evening Masses had disrupted the traditional rhythm of the liturgical day. Instinctively, I resonated with what he was saying. The daily cycle of the Divine Office (Liturgy of the Hours) may matter mainly to clergy and religious, but the loss of the traditional rhythm of Sundays and holy days as festive days devoted to worship, rest, and family has wider social implications that should matter to everyone.

The early mid-20th-century concession of Sunday and holy day evening Masses was motivated by the best of intentions - to make Mass attendance easier for those whose circumstances unfortunately forced them to work on Sunday mornings. Originally, it was clearly intended to be just that. It was certainly not envisioned that Sunday evening Mass would ever replace or rival the morning Mass as the principal celebration. Hence the official reluctance in those early days to permit the celebration of sung Mass in the evenings. Thus, in the minutes of Pius XII's Commission for the Reform of the Sacred Liturgy for March 9, 1954, it was noted: "Care should be taken to ensure among the faithful the idea that Sunday is the Lord's Day is not forgotten. by passing the morning at work or at entertainment, and postponing until the evening the sacred rites that sanctify the feast" (cf. Nicola Giampietro, The Development of the Liturgical Reform As Seen by Cardinal Ferdinando Antonelli from 1948 to 1970, p. 266).

Of course, concessions intended for specific circumstances have a way of becoming universally normative. Then, in the post-conciliar years, the option of Saturday "vigil" Masses was added to the option of Sunday evening Masses - again mainly as a concession to contemporary circumstances which made Sunday Mass attendance difficult or impossible for many people. Soon enough, however, such "vigil" Masses were being celebrated nearly universally as a Mass of convenience, with evident consequences for the celebration of Sunday itself - a day that has increasingly become like any other day in our secular society..

Meanwhile, something similar has been happening with Christmas. Liturgically, it was the Third Christmas Mass - the Missa in die, celebrated post Tertiam - that was theoretically considered the principal Mass. But Midnight Mass was widely experienced as the principal Mass by many - presumably because of its uniqueness as the only occasion in the entire year when ordinary people could attend Mass during the night hours. When I was growing up, the crowds would gather outside the church waiting for the doors to open to be admitted for this very special occasion - so special that the ushers actually wore tuxedos for it! As an altar boy, being picked to serve at Midnight Mass (a privilege exclusively reserved for 8th graders) was considered quite something. It's all quite different now, of course. Almost 20 years ago, when I was trying to recruit altar servers for Christmas Midnight Mass, one server immediately turned it down as an inconvenient time!

There are places - midtown Manhattan, for example - where Midnight Mass can still draw a big crowd. But obviously for many people in many places it is no longer extraordinary or exotic to attend Mass at midnight - especially when it is just as dark at 10:00 or 8:00 or even 6:00 and far more convenient to attend Mass then. Of course, the difference between Mass at midnight and Mass at, say, 10:00 p.m. or 11:00 p.m. really is a rather modest one experientially. The more serious problem arises when the first Christmas Mass (which is often also the best attended Mass) is significantly earlier.

One of the English priests interviewed in the Tablet article worried out loud about this trend.  “We have turned our practice of the faith into a matter of convenience rather than a matter of commitment,” he said.

That judgment may be somewhat harsh. After all, there may be many good reasons which impel people to attend Mass early on Christmas Eve. For example, many travel on Christmas Day to visit family members who in an earlier era would have likely lived closer. On the other hand, there is certainly the danger that we may - inadvertently and with the best of intentions - be turning December 25 into a virtually a-liturgical day. And what will this mean for Christmas as a  holy day in the long term?