A Country in Recovery 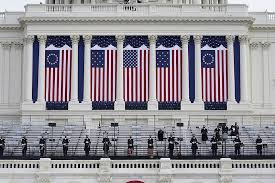 With Donald Trump gone (at least from the White House), the U.S. is now a country in recovery. As we all know, however, being "in recovery" can be a long, protracted process. As George Packer recently wrote, “America under Trump became less free, less equal, more divided, more alone, deeper in debt, swampier, dirtier, meaner, sicker, and deader.” That is a lot to recover from!

Recovery requires recognition of what went wrong in the first place, and what went wrong with America started long before Donald Trump traumatized the political process. It is interesting, to say the least, that one of the passages in President Biden's Inaugural Address that seems to have ruffled the most feathers was this:

I know the forces that divide us are deep and they are real. But I also know they are not new. Our history has been a constant struggle between the American ideal that we are all created equal and the harsh, ugly reality that racism, nativism, fear, and demonization have long torn us apart. The battle is perennial.

Recovery requires recognition that these harsh and ugly realities are not new. And, if they have been successfully exploited by the modern Republican party, that party did not invent them. They have been an integral part of the American experience, and so, as President Biden observed, "have long torn us apart." There is a lot that presidents and politicians can do to combat such evil forces, starting with naming them and denouncing them as President Biden has done, but that process itself is but a call to conversion, and conversion is a long-term project, the work of a lifetime in an individual and of generations in a society. If, as Max Weber so famously said, "Politics is as strong and slow boring of hard boards," that "takes both passion and perspective," that is indeed the sort of task that confronts us today, as we strive to recover from the long-standing social maladies that our short-term flirtation with Trumpism has exposed.

There are also more manageable, shorter-term challenges, of course. Thus, in 2019, Jack Balkin described Trump's presidency as a "disjunctive" one, a failed presidency, akin to those of Adams, Buchanan, Hoover, and Carter, one that marks the end of a particular political era, in this case the Reagan era that began 40 years ago with the disastrous election of 1980. There can be no question that extricating ourselves from this pandemic and its consequences and addressing our other pressing political and social problems calls for positive government action on a scale analogous to the New Deal, and so requires the definitive interment of the destructive Reaganite ideology that found its final fulfillment in the incompetent governance of the Bush and Trump Administrations. From all that too, it is now time to recover. That too will take time and effort, but primarily it requires the will to abandon definitively the failed Reaganite paradigm (in which both parties have been complicit) and to return to a more humane, authentically traditional understanding of society and government. To quote Weber again, "This is necessary right now, or else men will not be able to attain even that which is possible today."