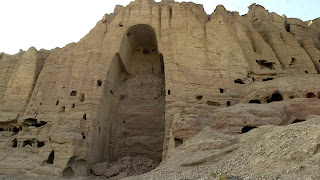 In the last 10 days in Afghanistan, the U.S. has executed the largest airborne evacuation in history (more than 70,000 as of today). Obviously, if we know this, that means it has been reported. But that reporting pales in comparison with the over-the-top coverage of human tragedies, chaos, and confusion at the Kabul Airport. Of course, the media is attracted to dramatic, heart-wrenching images, and contemporary journalists increasingly like to fancy themselves as anti-government attack dogs. Sooner or later, however, and more likely sooner than later, the U.S. will be out of there. Undoubtedly, some unfortunates will be tragically left behind, but many, very many, will have been evacuated. "Wars are not won by evacuations," Churchill famously observed in 1940. Indeed, Dunkirk was a disastrous defeat militarily, but that is not what we remember about it now.

Our neocon foreign policy establishment will, of course, highlight the fact that we have indeed lost the war and will make the case why we should have stayed - presumably forever. They should reread Machiavelli: The desire for victory often blinds people so that they see nothing but what seems favorable to their object (The Discourses, Book III, Chapter xlviii). Meanwhile, Republicans will hypocritically accuse President Biden of "surrender." Democrats will correctly retort that it was actually Trump who "surrendered," negotiating with the Taliban, making an agreement with them, and setting an even earlier (May 1) date for total withdrawal. One can imagine similar debates and recriminations in 1780s London coffeehouses, the House of Commons, and Windsor Castle after the British forces finally withdrew from the newly independent United States. (To their credit, however, the British remained in New York in 1782 until they were able to evacuate all their American allies.)

Meanwhile, Afghanistan will go back to being Afghanistan, having once again proved false our absurd American fantasy that a long-term combination of U.S. military force, lots of cash, and a corrupt client government in Kabul can turn a very different society and culture, with a history longer than that of the U.S., into some contrived copy of an alien American culture. After all, it is not as if Afghanistan were some ahistorical blank slate, when the U.S. successfully intervened to dislodge Al Qaeda from the country's territory in the aftermath of 9/11. It is an ancient central Asian nation with a long history and complex culture, a conservative tribal society of powerful local warlords, a land-locked country whose progressive royal family and central government struggled through the 20th-century to maintain Afghanistan's independence and sovereignty in a dangerous neighborhood dominated by imperial power rivalries, then World War, and then Cold War. The 40-year reign of King Zahir Shah (1933-1973) was a relatively peaceful but contentious period of modestly paced modernization (more material than social) that tried to combine residual respect for the religious establishment with providing social stability and increased prosperity, something the country largely lost after the 1973 coup and the subsequent decades of civil wars and foreign interventions (first Soviet, then American). It was the Taliban that infamously blew up the Bamiyan Buddhas (photo), but they were neither the first nor will they likely be the last to try to blow up the country and impose their sectarian will within that intractable "graveyard of empires."

Our American ability to project enormous military power is one of our greatest national resources. Even so, it is inevitably a limited resource. Unfortunately, however, one of the apparently longest lasting legacies of our 20th-century experience is our continuing commitment to military power as our principal - if not sole - source of power, an attraction not confined only to neocons but also widely diffused in our society and mainstream media.

Mesmerized by the experience of total victory in World War II, we seem unable to manage more normal conflicts where the endpoint is some sort of achievable settlement short of victory. (Sometimes stalemate, as in Korea, is the best outcome. Sometimes defeat, as in Vietnam and Afghanistan, is the unfortunate but inevitable outcome.) Moreover, whereas World War II was a collective national effort in which all played a part, Afghanistan has long been as remote emotionally for most Americans as it is physically. But illusions are hard to dispel, and (as happened after Vietnam) we are as likely to learn the wrong lessons from Afghanistan as the right ones.

Meanwhile tens of thousands have fled Afghanistan, and it is up to us to assist them to resettle and rebuild their lives. Already, the nativist media machine has begun banging its drum about how, having invaded Afghanistan, we are now being invaded by Afghans. But assimilating refugees is one thing the U.S. has historically been very good at. We are, after all, "a nation of immigrants," past and present nativist fear mongering notwithstanding. May this important task overtake our obsession with political and mass media recriminations and salvage at least something from this sorry story.