The First Fruits of God's Creatures 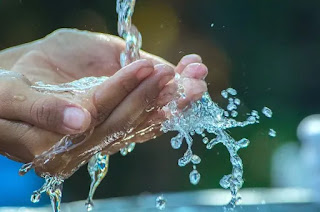 The statutes and decrees Moses taught the people to observe were a sign of God’s special closeness in the regular routine of their daily lives. The Torah challenged the people to become wise and intelligent enough to observe it, and so serve as a witness to the nations. [Deuteronomy 4:1-2, 6-8]. The conscientious observance of God’s Law was intended to transform every aspect of daily life into an experience of God’s presence by giving meaning and purpose and structure to the regular routines of daily life. In the words of ancient Jewish scholars, “We must come out of Egypt every day.” In other words, life is one long Exodus experience, through which God guides us by his commandments.

For this reason, for centuries devout Jews have faithfully observed not only the 613 laws explicitly listed in the Bible, but many other observances designed to shore up the fundamentals of the Law. In times of persecution, this so-called “Fence around the Law” could call forth great heroism – as in the case of the Rabbi, imprisoned by the Romans, who used his limited supply of drinking water to observe the rules regarding hand-washing, even at the risk of dying of thirst.

A little over a year ago, when the covid-19 pandemic first took over our lives, we all learned to wash our hands all the time, a good habit which hopefully has become routine. The ancients were not indifferent to hygiene, but they lacked our uniquely modern medical understanding of viruses and germs. So this argument was not about taking proper health precautions, unlike contemporary conflicts about mask-wearing and vaccines.

In 1st-century Judaism, the Pharisees aspired to combine religious observance, with life in society – unlike others who went off to live an ascetic life in the desert. They promoted a day-to-day spirituality. They sought to make the Law come alive in daily experience, relating its commandments to various spheres of life – living an active, involved life but remaining (as St. James says in today’s 2nd reading) unstained by the world. [James 1:17-18, 21b-22, 27]

At Mount Sinai, according to the book of Exodus, God had instructed Moses to tell the Israelites: “You shall be to me a kingdom of priests, a holy nation.” In their desire to build a “Fence around the Law,” the Pharisees (who, like Jesus, were laypeople, not Temple priests) took seriously the  image of all Israel as in some special sense a priestly people. The evangelist, trying to explain all this to his 1st-century Gentile Christian audience, emphasized that this tradition of the elders represented a human addition to God’s commandments, and portrays Jesus as a higher authority than the Pharisees in the interpretation and application of what God commands as opposed to merely human custom.

Identifying what is essential to living an authentic moral life, sorting that out from the cultural envelope within which we inevitably receive it, is – always has been, and will always remain – a constant challenge for as long as the good news of Jesus brings new people from every nation, culture, and language into his Church.

On the other hand, creating and maintaining a cultural envelope within which one can live a moral life is also important. Ultimately, what we do does matter, lest we delude ourselves, as James warned against in today’s 2nd reading. If anything, Jesus actually challenged his hearers to an even more demanding moral standard. Listen to the list of sins Jesus warned against: evil thoughts, unchastity, theft, murder, adultery, greed, malice, deceit, licentiousness, envy, blasphemy, arrogance, folly. (Imagine if we all gave up folly!)

The Pharisees’ problem was that, while the Law was supposed to be a special sign of God’s closeness, here was God himself present in Jesus, but the experts in the law were just not getting it, were completely missing the point.

Of course, this is not a temptation unique to 1st-century Pharisees. It is a universal temptation that can cause all of us to miss the point at any time and in any place.

In Jesus, God has become present to transform us into the priestly people which the Law was meant to signal, to turn us around, to turn our entire lives around, to authentic, life-long, day-in, day-out discipleship – or, as James more poetically expressed it, that we might be a kind of first fruits of his creatures.