An Unusual Night at the Oscars 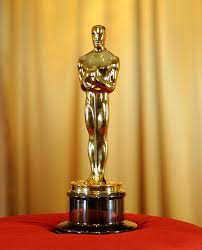 On Sunday morning, I read (and agreed with much of) Ross Douthat's NY Times column critiquing the academy Awards and the industry they are meant to self-congratulate. Then, Sunday evening, I went ahead and watched the Oscars. To be honest, I did it as much for the companionship of enjoying a fun evening with others than for the time-tested boredom of watching privileged people celebrate themselves. Prior to the pandemic, I used to go to the movies quite often, and so was much more likely to be familiar with many of the films and actors being feted on the Academy stage. Since then, I have barely entered a movie theater, which means my access to major films has depended on my access to a complicated collection of competing streaming services (or access to others who have access to those services). So, I have seen only a few of the nominated films, this year not including the Best-Picture winner.

Given my low expectations, I did enjoy some segments of the show, although I suppose I showed my age in enjoying most of all the 50-year retrospective on The Godfather movies. It was nice to see some actors I admire and to be introduced to current stars I barely know anything about. I appreciated the way at least some of the awards were speeded up, omitting the tediously pointless prelude to opening the red envelope. But, by and large, I was indifferent to most of the changes in the show's format.

Of course, what made this thoroughly forgettable annual glorification of wealth, good looks, and ugly clothes unexpectedly memorable was its one unscripted moment, the sudden intrusion of authentic human emotion. I refer, of course, to one actor's passionate defense of his wife against the harsh tyranny of comedy.

Of course, one of the marks of a civilized society is that the state is supposed to have a monopoly on the use of physical force. Individuals should not normally be free to attack other individuals with violence. It is also obviously the case that, along with the many privileges of celebrity, there inevitably comes increased exposure to comedians' insults and mockery.

All that having been said, it is also the case that comedy can be an oppressively abusive art form, which preys on the wounds and weaknesses of others, basically a form of bullying which its victims are expected to endure in a spirit of acceptance which our unfeeling society mandates as having a "sense of humor." In fact, for a brief moment, it looked at first as if the actor who took offense himself seemed prepared to laugh (as social convention would have presumably preferred him to) at the "joke."

We live in a hypersensitive time, which carries its own set of potential problems and the danger of moralistic overreach. That said, perhaps the time has come to take a more critical look at the cruel culture of insult and mockery many have been forced to accept and live with under the rubric of "comedy."