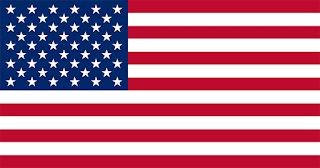 I have long maintained that there are two truly American holidays. Thanksgiving Day (in late autumn) looks inward to the heart and soul of America, and so is celebrated at home, at table, among family and friends. Then, Independence Day (in summer) looks outward to the world of nations and states, and so is celebrated (as John Adams said it should be) “by pomp and parade, with shows, games, sports, guns, bells, bonfires and illuminations from one end of this continent to the other.”

In the 1760s, colonial elites objected to paying their fair share of taxes to cover the cost of keeping North America British rather than French. Many American colonists also objected to the British policy which restricted the colonists' expansion west into Native territory. Many also fiercely opposed the Quebec Act of 1764 by which the British government had maintained the Catholic Church's status in the formerly French territory. By the mid-1770s these economic and religious resentments had developed into a full-scale armed rebellion. And in July 1776 representatives of the rebellious faction, expressing their "decent respect for the opinions of mankind," declared "the causes which impel them" to independence from Great Britain.

It has been estimated that they represented perhaps 1/3 of the colonists, another 1/3 remaining loyal to the legitimate government in London, the rest probably waiting to see how things turned out. Among those who fought for the British were many enslaved African-Americans, who correctly discerned which side was more to their advantage. (Slavery was abolished in the British Empire in 1834 - three decades ahead of the U.S.)

How things turned out was determined militarily, as such issues of sovereignty and borders almost invariably are, by victory in war. The war for independence was a long war, won in the end thanks to the military and naval support of King Louis XVI of France, who saw an opportunity to weaken his British rival. Many of the "loyalists," as they came to be remembered, went north to what remained of British North America and helped populate what became English-speaking Canada. Others accommodated themselves to the new realities and joined in building this new country.

Old conflicts about whether to be British or American gave way to new battles about crafting a constitution, conflicts between "federalists" and "anti-federalists." A series of great and small compromises cobbled together a badly flawed but amazingly resilient constitution. Our “more perfect union" got off to a hopeful start under the providential leadership of George Washington, whom his former sovereign, King George III, reportedly called "the greatest man in the world." But conflicts continued, as Hamiltonian Federalists fought Jeffersonian Republicans. If I could go back in time, I am sure I would be a Hamiltonian and vote for John Adams, never for the aristocratic landowner and pseudo-populist Jefferson. That said, Hamiltonian nationalism and Jeffersonian populism both survived and in various ways have animated American political debates and divisions ever since.

There was one other division, of course, which predated the constitution, predated independence - America's "original sin" of slavery, which finally brought the young, socially and economically energetic, relatively egalitarian republic to an impasse, to be resolved, as such conflicts tragically tend to be resolved, by another war, in this case a traumatic Civil War. A decisive victory in 1865 should have resolved the conflict; but, after a short interval of relatively successful "Reconstruction," the defeated confederates were allowed to regain power and reimpose a racist regime, which would take yet another century to be dismantled - and even now remains a force to be reckoned with in the hearts and minds of too many.

Meanwhile millions of newcomers, many unwanted, came to this new nation, seeking mainly freedom from want but in the process embracing other freedoms as well. When we celebrated our national Bicentennial in 1976, I was struck by how the celebrations in New York that day were as much about this country's diverse immigrant experience as about anything that had happened in Philadelphia in 1776. Although what had been proclaimed back then in Philadelphia had been amazingly assimilated by the immigrants, the nation had itself assimilated generations of new arrivals, creating a country uniquely based more on an aspirational civic identity than on a static racial or ethnic one.

But, of course, those racial and ethnic divides have remained real, to the detriment of our acquired civic identity. And, especially in times of stress (as recent events have demonstrated), demagogic appeals to the militarily defeated but still living religion of white supremacy still have power to undermine our unfulfilled national unity promised by our unique civic identity.

This July 4, now 246 years later, that same "decent respect for the opinions of mankind" demands a continued accounting, a continued resolve to attend to the unfinished business of both the Revolutionary War and the Civil War, to fulfill that promise of "a more perfect union" proposed by the Constitution, a promise first turned into a possibility by the transformed Constitution created by the Civil War.

It is always challenging to reexamine our history - just as challenging as it is to reconsider our own personal stories. We are all always more comfortable with whatever versions of our national and personal stories we have gotten used to telling ourselves. But, however awkward, it is a perennial challenge to be faced – all the more so when we really take seriously our citizenship in the kingdom of God and how the additional demands of God’s kingdom alter all our other commitments, all our earthly and civic loyalties, all our ethnic and national histories, all our personal and racial stories.

Catholics, of course, have a long history (going back many centuries) of thinking seriously about how to relate faith to civil society – a long tradition of practical wisdom which we need to take seriously both as disciples and as citizens.

What resources does this history offer to help us heal our civic life this Independence Day? What lessons have we learned from the past, and what can we do together – now - both to promote the common good of our country and to care for our common home this planet earth?