The Battle for Religious Freedom 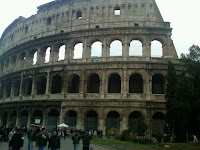 In an article I wrote back in 2008 for the Paulist on-line magazine The Catholic World analyzing that year’s presidential election, I offered this opinion: “Obama’s challenge will be to hold his centrist support in the country by resisting the demands of his party’s left wing and its various special interest constituencies. … Meanwhile, the significance of the religious constituency in a renewed Republican coalition will likely depend on whether or not the Democrats can deliver on the economy and stay safely in the center on cultural and moral issues.”

Early on, during the health insurance reform debate, the Administration abandoned the idea of a “public option” and embraced what was once a “conservative” idea (the individual health insurance mandate – now so stridently opposed by Republicans). Back then it really did look as if the Administration was trying to stay in the center and resist its special-interest constituencies on the left. But an essential component of that hope - that the Obama Administration would “stay safely in the center on cultural and moral issues” has proved elusive.

Not surprisingly, the President and those around him share the prejudices of their class. That abortion is some sort of fundamental human right seems to be one of those core prejudices, as is its corollary that pregnancy is a disease to be prevented or ended by “reproductive health services.” It was always unrealistic to suppose that the President and his associates would actually alter their views on such issues. But it was perhaps possible to hope that a President who back in 2006 had said, "secularists are wrong when they ask believers to leave their religion at the door before entering the public square," might make more of an effort to be more accommodating to the many American citizens who strongly disagree with the liberal elite on such fundamentally divisive cultural and moral issues.

Even that modest expectation has now likewise proved elusive. Conventional wisdom holds that a presidential candidate, having safely secured his party’s nomination, moves more to the “center.” Conventional wisdom not withstanding, there seems little prospect of that this year. The Administration’s (thankfully unsuccessful) attack on the “ministerial exception” in the recent Hosanna-Tabor Evangelical Lutheran Church and School v. Equal Employment Opportunity Commission case, and now its obsessive determination to force religious institutions to provide employees with health coverage that covers morally unacceptable practices can certainly be seen as attempts to appeal to the extreme ideological wing of the party. As someone once observed in regard to the policies of the (recently replaced) government in Spain, left and right really don’t pursue such radically different economic policies anymore. To motivate its base, what the left still has is in its arsenal its anti-religious cultural and moral agenda.

The problem posed by the Administration’s latest decision, however, goes beyond re-introducing the culture war into the campaign. If allowed to stand, this mandate could well force significant parts of this country’s vast Catholic social service network either to stop providing health insurance for their employees or to get out the business of providing social services. One wonders whether precisely that outcome might not be an unwelcome one in certain quarters.

After all, this is the same Administration that rejected the U.S. Conference of Catholic Bishops’ request to renew a grant to help victims of sex trafficking, even though the USCCB got the second highest rating from an independent review panel. If pro-choice ideology trumps all other considerations, Is the Administration signaling that in the Brave New World of universal healthcare, there really is no room any more in American society for church-operated social services?

If so, then religious Americans who have up till now desired to see universal health coverage may find themselves instead forced to hope that the Patient Protection and Affordable Care Act does not survive its forthcoming date with the Supreme Court.