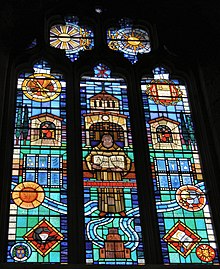 An article in last week’s NY Times Magazine addressed the increasingly common experience of those who find themselves at odds or in conflict with family or friends because of political disagreements about the direction of our country and the moral seriousness with which such disagreements are increasingly invested. As a nation are more divided and conflicted now than at any time in our history at least since our own Civil War.  Meanwhile we are separating ourselves from one another geographically and in virtually every other way, including our sources of news and information. Political parties used to disagree about policies, which would then be discussed, debated, and eventually even resolved by negotiation and compromise. Now, however, our ideological disagreements are more like mascots for a nation of competing teams whose main concern is just to hate and despise each other. So thoroughly divided are we that it has been observed that a person’s vote can reliably increasingly indicate “his or her religion, race, ethnicity, gender, neighborhood and favorite grocery store.” [Lilliana Mason, Uncivil Agreement: How Politics Became Our Identity, 2018]

As the scriptures we just heard read to us this Sunday suggest, these are not entirely new problems. Conflict has always been a part of the human condition – at least since Cain killed Abel. But, thanks to our globalized consciousness and our modern media, we are increasingly conscious of living in a world torn apart by constant conflict. We are much more aware than perhaps people used to be of all the big macro-level conflicts that threaten the world’s security and stability. International, intra-national, and tribal disputes, along with social and political protests and the injustices that spark them in the first place dominate the headlines in our own country and around the world. And, in addition, there are, of course, all the ordinary conflicts we have always known about and had had to reckon with in our personal lives - the disputes that divide families, break-up marriages, terminate friendships, and constantly wreak havoc on communities both large and small.

In today’s Gospel, Jesus famously outlines a procedure for his disciples to deal with conflicts that occur within the community of the Church. Obsessed as we are in our society with ourselves and our so-called individual rights, typically what gets emphasized is settling the score and achieving something called “justice.” Of course, justice is important. We have only to look around our country today to see where the lack of justice has led us. The process Jesus outlines, however, is a process aimed at reconciliation. It reminds me of the process in canon law for dealing with problems in religious communities. A misbehaving member is warned and given a chance to change several times before the process ends in expulsion, because the goal is not expulsion but rather the person’s reconciliation with the community.

There is a wonderful example of that in Ellis Peters’ Brother Cadfael Mysteries (set in 12th-century England, where Cadfael is a Benedictine monk at Shrewsbury Abbey). In the final volume, Cadfael leaves his monastery on a personal mission of his own. But, at the end of the story, he returns and kneels before his Abbot, who responds simply: “Get up now, and come with your brothers into the choir.”

Whatever we are or do – whether as an individual or as a community – the goal, as Cadfael’s Abbot obviously understood, must always be to bring us all back together, so that we may eventually all be together, here and now and forever in God’s kingdom.

Unfortunately, on this earth at least, not all problems are solvable, as we know all too well. We’re all heard the so-called “Serenity Prayer” - God, grant me the serenity to accept the things I cannot change, the courage to change the things I can, And the wisdom to know the difference. In human terms, some problems just can’t be satisfactorily solved; some conflicts just can’t be peacefully reconciled; and it is an important part of practical human and political wisdom to know which is which and how best to deal with them.

Even then, however, the story doesn’t quite end there. Jesus says: If he refuses to listen even to the church, then treat him as you would a Gentile or a tax collector.

Now, in the ordinary world, the meaning of that would have been perfectly clear. As much as possible, devout, observant Jews avoided contact with such people, and they certainly would not admit them to their homes or eat and drink with them.

Yet, when Jesus says treat him as you would a Gentile or a tax collector, there is, – coming from him – a certain nuance to that, because, of course, we are all aware of how Jesus himself treated Gentiles and tax collectors. Such people may indeed be outside the community, and they may be there because of their own bad behavior, but they’re not forgotten. In the divided North African Church of the 4th century, St. Augustine (354-430), said of the heretical and schismatic Christians he opposed so vigorously: “My friends, we must grieve over these as over our brothers. Whether they like it or not, they are our brothers” [Commentary on Psalm 32 (33)]. So it is hardly surprising that the Church has always recognized reconciling wanderers back to the mainstream of the Church as one of the Church’s constant concerns.

The apostles’ power to bind and to loose includes both the authority to separate offenders from the community and also to readmit them. When Saint Paul addressed this issue, he reminded the Christian community in Corinth, which had taken disciplinary action against an offender, that the offender’s eventual readmission remained the goal of the process [2 Corinthians 2:5-8].

As Pope Francis has reminded us, “Evangelization consists mostly of patience and disregard for constraints of time” [Evangelii Gaudium 24].

So, again, whatever we are or do - as an individual, as a family, as a political or civic community, as a parish, as a Church – the goal (not always achievable, perhaps, but our goal nonetheless) must always be to bring us all back together.