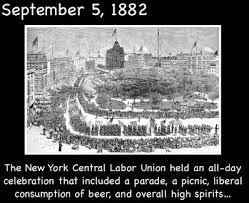 Today is Labor Day, a holiday which in recent years has become associated more with end-of-summer celebrations than with its original and proper purpose of recognizing the dignity of labor and the importance of work for individuals, families, and society. Labor Day, however, always reminds me of John Cardinal O’Connor, the Archbishop of New York in whose Catholic Schools office I worked for several years. In his homily during a Labor Day Mass at Saint Patrick's Cathedral in 1986, Cardinal O'Connor expressed his strong commitment to organized labor:

In that spirit, the Catholic Labor Network will be hosting its first annual live streamed Labor Day Mass today with Bishop John Stowe of Lexington, Kentucky, as the celebrant. When Kentucky legislators proposed anti-union “right to work” legislation in 2017, it was Bishop Stowe spoke out boldly in defense of Catholic Social Teaching on unions and worker justice.

Indeed, as Kenneth Woodward has recalled, in the September issue of Commonweal, in the 20th century, American Catholics influenced politics primarily through two mediating structures in which they had come to play a dominant role - the Democratic party and the Labor Movement.