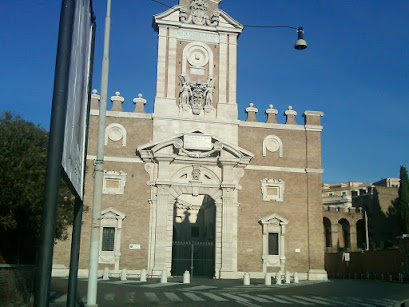 Not only Rome but any number of other Italian cities have a Via XX Settembre, a street named to commemorate the conquest of Rome by the Kingdom of Italy 150 years ago today, the event that ended more than a millennium of papal rule over Rome. In fact Rome had actually been proclaimed the capital of the new Italian kingdom in 1861, but at that time Emperor Napoleon III's French troops were still stationed there to keep Rome papal. With the onset of the Franco-Prussian War in the summer of 1870, however, those troops were recalled. That, followed by the precipitous French defeat, freed Italy to conquer Rome.

Apparently, King Victor Emmanuel II's government had been willing to leave the so-called "Leonine City" (much of which is today papal territory again as Vatican City) under the Pope's de facto control. But Pope Pius IX remained intransigent in his insistence on papal sovereignty over Rome. The Italians then marched across the papal frontier and besieged Rome. After a token - purely symbolic - resistance, during which the Italians famously breached the Aurelian Wall at Porta Pia (where the Via XX Settembre now begins), the Pope surrendered the city. The unification of modern Italy was complete - territorially at least.

Neither Pope nor King benefited from the 59-year cold war between Church and State that ensued. Midwifed by Mussolini, the 1929 Lateran Treaty benefited both Pope and King, both the Church and the Italian State - something Pope Saint Paul VI in effect acknowledged when, on the 100th anniversary of the conquest, he celebrated il significato "provvidenziale" di quella perdita del potere temporale.

The "providential" significance of that loss of the temporal power! Providential.

An atavistic affection for a long-lost Christendom once institutionalized in the fiction of the "Holy Roman Empire" still survives in certain quarters, reflected in a surprisingly uncritical attachment, for example, to the anti-democratic (and increasingly secularist) European Union. For the most part, however, history has moved on. Paul VI was right in recognizing as "providential" the Church's liberation from the downward drag of temporal power. To be sure, the contemporary context creates its own problems for the Church's mission in the world. But the Church is more free now to carry out its mission effectively than it was when the Pope was saddled with the status of a European sovereign, ruling a principality in a severe state of decline and pointlessly standing in the way of his own citizens' political and social aspirations.