Produce at the Proper Time 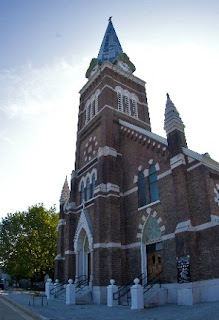 Our recent history has keenly focused our attention on the fragility of our national society and its institutions, both religious and secular.  Many of us here are surely old enough to remember a time when religion’s public place in American society seemed strong and secure, when Church attendance was higher than it had ever been, when seminaries and convents were bursting at the seams, and when it seemed as if things could go on like that forever. A similar assessment could be made in the secular world. Many of us are old enough to remember a time when manufacturing jobs were plentiful, labor unions were strong, a family could support itself on a single salary, prosperity (while not universal) was much more equally shared, and our country was a pioneer in public health. Recent years have witnessed widespread decline in most of those measures, and this year has been basically one calamity after another – a global pandemic, economic collapse, and racial and political conflicts that have wiped out any pretense of social harmony. As we survey the shambles of what once seemed so strong and sound, we may easily appreciate the Prophet Isaiah’s description of the vineyard that had so dramatically failed to produce its expected crop of grapes.  Just as we today instinctively seek explanations for the things that have gone wrong, likewise the Prophet Isaiah both sought and provided an explanation for the disasters that Israel was facing. In Israel’s case, of course, there was no ambiguity about why things were going so badly. The vineyard in Isaiah’s song represented God’s People who, in spite of all God had done for them, had failed in fidelity.

Historically, of course, Jesus addressed this parable to the chief priests and elders of the people, with whom he was in conflict, because of their failure to recognize and accept him. Through them, however, he is now addressing this parable to all of us, for whom it should be even more obvious who is meant, when the landowner sends his son. Hence his question (What will the owner of the vineyard do to those tenants when he comes?) is addressed as much to us, as it was in the first instance, to the chief priests and elders of the people.  And, like them, we all know the obvious answer, even before we hear them say it.

This, of course, is what conversion, becoming a disciple, challenges us to do – to look at ourselves and at our relationship with God without excuses, from God’s point of view. When we do that, then we necessarily have to re-evaluate everything – just as the stone that the builders rejected was re-evaluated in order to become the cornerstone. And then we will become a new kind of tenant – a people that will produce fruit.

Now that’s actually meant to be good news. In other words, there is a solution to the basic human predicament. We can get right again with God (and with one another). Unfortunately for those in the parable’s original audience whose failure to respond positively to Jesus provided the historical basis for the parable, what’s meant to be good news for the world may have sounded like bad news for them. The challenge of the parable is to recognize the incredible opportunity God has given us in sending us his Son, a life-transforming opportunity - to adapt the words of a famous 19th-century hymn, to mend our foolish ways, r-clothe us in our rightful mind, In purer lives God’s service find, – in other words, to become better tenants in God’s vineyard, this world in which he has put us, and get on board as fully active citizens of God’s kingdom.