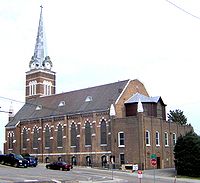 In a world where resources were scarce and the food supply limited, what better image for the kingdom of heaven than the abundance suggested by a joyful wedding feast – a royal one at that! That said, the parable leaves us wondering about a number of things. Most obviously, we wonder why did those originally invited guests refuse to come to the feast?

In ordinary life, who turns down an invitation to a royal wedding?  On the contrary, people go to great lengths to get themselves invited to such occasions and are more than willing to rearrange their schedules as needed. In this parable, however, some ignored the invitation and went away, while others (even more strangely) aggressively rejected the invitation. Of course, this was not any ordinary royal wedding, but a parable about the kingdom of heaven itself. Throughout history, there have always been people who have aggressively resisted God’s kingdom. (That’s why we’ve had so many martyrs in the Church’s history – more, incidentally, in the last century than in any previous one!) Even so, I suspect, many more people probably fall into the less aggressive category of those that just ignored the invitation and went away, one to his farm, another to his business. It really is very easy to become completely preoccupied with the small stuff of daily life, with one’s own daily affairs – whether one is constantly climbing up some social or economic or political ladder or whether one is just getting by and making do. If this parable is, on the one hand, a great illustration of God’s great desire to have us all participate in the abundant life of his kingdom, on the other hand it also realistically recognizes how easily the ordinary business of daily life can, if we let it, confuse our priorities and get in the way of our experiencing all that God has in store for us. Of course, the small stuff of daily is important. The question is how important when compared with something that is even more important?

Now, obviously, we who are here today will want to identify ourselves with the second group – those gathered in from all over the place.

The parable makes it clear that those in this group were no better or more deserving than those who turned down the initial invitation, but they were willing to give God a try.  And, for those who follow through, that readiness to respond makes all the difference! Certainly, it has to be quite consoling for us to hear that God’s kingdom is not some kind of closed shop or private club, that there’s plenty of room for even the likes of us!

But, unlike a classic fairy tale the parable lacks a classic “happy ending.” In Jesus’ world, as in most societies, even a last-minute addition to the guest list for a formal occasion would presumably know enough to dress for the event - unlike in our society where many seem to have completely forgotten (or maybe never learned) how to dress appropriately at any time for any event. Even so, I suspect even a last-minute addition to the guest list for, say, a State Dinner would want to fit in and would want like he or she belonged there. But when the king came in to meet the guests, he saw a man there not dressed in a wedding garment.

That’s what happens, some skeptics might say, when you just open the door and let anyone and everyone in. The story says both bad and good alike, so the king can’t say he wasn’t warned! Just because the door has now been opened to all, it does not follow that the king has abandoned all expectations about how guests are supposed to behave. Being inclusive doesn’t mean anything goes. Responding to the invitation represented an initial option for the kingdom. But, as we all know, people don’t all always follow through on their commitments. Sadly, even of those that do in fact show up, not all will follow up!

When challenged, the casually dressed guest was reduced to silence. He had no excuse. If there is one thing we are usually very good at, it is finding and making excuses! But on Judgment Day the time for excuses will be over.

As already noted, the kingdom of heaven is not a closed shop or private club. It extends a wide-open invitation to all. That invitation having been accepted, however, membership in God’s kingdom - from the initial invitation to the final judgment - is intended to be taken in all its awesome seriousness,  lest we too be found with no excuse, reduced to silence for all eternity.