Christ the King in "Christ-Forgetting Times" 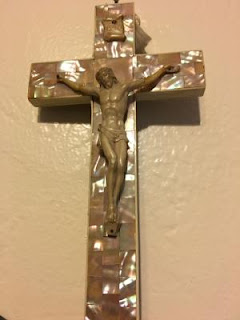 Earlier this week, Church Life Journal posted an article by Terence Sweeney called "Running Out of Options." The title is a play of sorts on Rod Dreher's 2017 book, The Benedict Option, which according to Sweeney "launched a slew of options." The context for Sweeney's article is the trajectory from Dreher's proposed "Benedict Option" to the current fascination with Catholic integralism.

In both the original BenOp and the subsequent trajectories, Sweeney identifies an essential insight and a constitutive flaw, and his goal "is to figure out how we can have the insight while excising the flaw." While both BenOp and Catholic integralism may still seem to be relatively esoteric and marginal movements, Sweeney's analysis is actually quite insightful and important for the Church at large, especially here in the United States.

Sweeney sees the BenOp conversations as "centered on the question of how the Church relates to the world and how we are to live as Catholics in these Christ-forgetting times." He wants "to take seriously the diminishment of Western Christianity, and to articulate a vision forward for a small Church open to going out into the world to invite our neighbors into the Church." The second part of that agenda highlights what Sweeney sees as the "constitutive flaw in those early debates" - namely, basing Church-world relations in a "friend-enemy binary."

For some, this has made possible the move from a "Benedict Option" which "was premised on having lost the Culture Wars," to an "integralist option" premised on the idea of winning the Culture Wars. Where the former "saw the Roman Empire as fallen," the latter thinks "the Imperium could be restored." The catalyst for the shift "from retreat to reconquest" is, of course, Trump. "The Salazar, integralist, or neo-colonizing options share the goal of acquisition of real power through the seizure of government to impose the conditions for Christendom. Trump showed this could be pulled off."

I think this is an important insight into the contemporary politicization of religion. Whatever one thinks of Dreher's original "Benedict Option," it did really recognize the historical-political reality of the end of Christendom and it implied an abandonment of any attempt to reconquer secular society and acquire political power in order to restore Christendom by primarily political means. That some subsequently made the transition to an integralist interpretation so quickly and easily, Sweeney suggests, derives from BenOp's "core flaw," that it "regards all who are outside" as "like the barbarians of the late Roman Empire." Citing Wittgenstein's image of language as bewitching, he argues "We are captured by the pictures of the world our metaphors shape. To think of other as the barbarians is to imagine them as enemies, and one fights enemies." So, once that metaphor got mixed up with the image of some possible victory, the way was open for many to consider integralist alternatives.

Of course, Sweeney says, such an alternative is impossible in practice, since no tiny minority can convince the majority of society "to place the state at the service of the Catholic Church and reorder the public square and people's private lives." Such an alternative requires force, and Sweeney sees some grim historic precedents in the 16th-century arguments for imposing "Christian civilization" on the indigenous "barbarians" of the New World.

Not that long ago, one would have thought such analogies between the 16th-century and the 21st rather far-fetched. But now we are witnessing an increasing fascination with and a willingness to employ violent language and imagery by those on the political right, even within the supposedly civil zone of Congress. So what seemed beyond believability only recently no longer seems so now.

Putting politics aside, Sweeney stresses the religious folly of such an approach. He wants "to get back to serious discussions about how to live the faith in community while evangelizing our neighbors in this Christ-forgetting world." In their wish to reestablish some kind of Christendom now, the integralists "misread the signs of the times and interpret them according to late scholasticism instead of the Gospel."

Again, he accepts the BenOp premise that "the Church is no longer able to sway political communities in the way it has in the past." He notes that the only growing American religious group is the "Nones," and sees this as confirmation of the classic secularization thesis. The fact that the Church is actually growing in much of the world "does not mean that churches in the West will not disappear." He believes that BenOp's "core insight regarding the decline in faith and the need to respond with invigorated intentional communities of Christian life ... was corroded by its un-Christian view of those outside the faith." He argues that what he calls the "integralist interregnum in Catholic thought, along with the Trump years" have "interrupted a conversation that needed to happen while worsening the moral standing of Christians."

To redirect this conversation, he proposes Pope Francis as a guide. Francis "sees the deep un-Christianity of friend-enemy binaries and the need to restore the biblical language of neighbor, friend, and brother." In Pope Francis' invocation of a Church with an open door and in Pope Benedict XVI's "Court of the Gentiles" initiative, Sweeney sees "the recognition of how many have walked out of the doors of the Church" and the need to promote "something worth walking back to."

Finally, Sweeney suggests that "the friend-enemy binary misdiagnoses the real situation regarding religion, which is sometimes marked by antipathy, but usually by apathy. ... The crisis of our faith is the stagnation of restless hearts or the misdirection of restless hearts towards endless acquisition and away from God."

Almost a century ago, at a time when the collapse of Christendom was already well advanced, while integralist solutions still had intellectual and cultural plausibility in at least some parts of Europe, Pope Pius XI established this coming Sunday's solemnity of Christ the King. The Pope's emphasis was heavily political and social, reflecting the early 20th-century context. Fittingly, he assigned the feast to the Sunday before All Saints Day, thereby highlighting the spiritual reality and relevance of the Communion of Saints.

"The last Sunday of October seemed the most convenient of all for this purpose, because it is at the end of the liturgical year, and thus the feast of the Kingship of Christ sets the crowning glory upon the mysteries of the life of Christ already commemorated during the year, and, before celebrating the triumph of all the Saints, we proclaim and extol the glory of him who triumphs in all the Saints and in all the Elect" (Encyclical Quas Primas, 29).

Since 1970, however, Christ's kingship has been celebrated on the last Sunday before Advent, allowing for a somewhat less political and more eschatological emphasis. Appropriately the liturgy this year recalls Daniel's vision of the Son of Man coming on the clouds of heaven to receive an everlasting dominion that shall not be taken away, his kingship shall not be destroyed (Daniel 7:13-14) and looks forward to Revelation's vision of Jesus Christ the faithful witness, the firstborn of the dead and ruler of the kings of the earth, who has made us into a kingdom, priests for his God and Father (Revelation 1:5-6).

As a kingdom of priests, the Church is challenged to continue Christ's task of mediating his kingdom to the world and the world to his kingdom. While that has inevitably taken different social forms in different eras and different political contexts, the contemporary challenge is increasingly to transcend the dead-end of the friend-enemy binary and religion in the service of politics, in order to open our Church's doors to accompany the world on a renewed pilgrimage - what Evangelii Gaudium famously called "a pilgrimage with Christ to the Father" - always aware that the fullness of Christ's kingdom awaits and cannot be established by any prince, president, or political party.