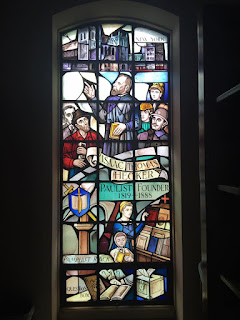 In this first phase of his life, Hecker, animated by an increasingly conscious appreciation of God’s Providence, had opened himself to be guided by the Holy Spirit, whose presence and action he discerned in God’s care for him, and through that experience he recognized the grace to attach himself to the Roman Catholic Church for the rest of his life. Himself a product of the religious fragmentation of American society, but drawn by God’s providential grace to seek the light of truth and find it in the unity of the Catholic Church, he then committed himself completely to share what he had found with others similarly inspired to seek and to find, and to whom his story continues to speak. All his diverse pastoral and missionary efforts and accomplishments would remain rooted in his abiding trust in God’s presence and action in his own life and in the world in which he lived. His conversion was complete, and his spirituality was generously and determinedly evangelizing – expressing a prayerful, lifelong, intimate dedication to and cooperation with God’s design for human beings.

Reflecting upon his experience many years later, Hecker wrote that he “not only became a most firm believer in the mysteries of the Christian religion, but a priest and a religious, hopes thus to die.”